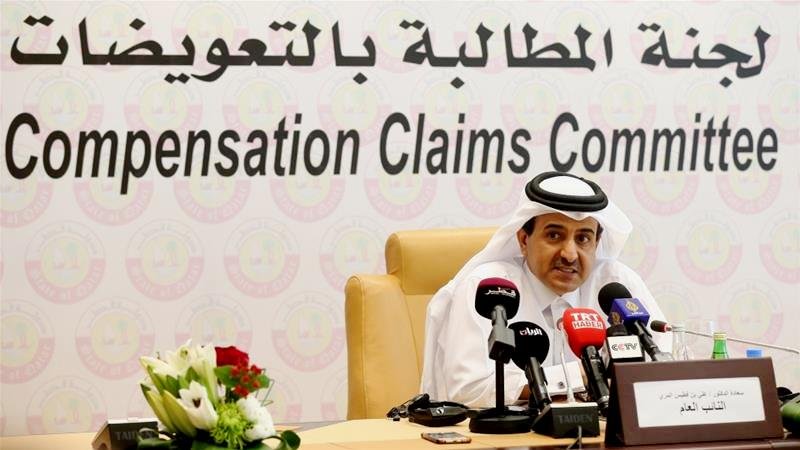 Qatar has announced the formation of a committee to pursue compensation potentially worth billions of dollars for damages stemming from the blockade imposed by Saudi Arabia and its allies in the Gulf crisis.

Ali bin Fetais Al-Marri, Attorney General of State of Qatar announced today at a press conference in Doha. He told that Compensation Claims Committee is consists of three members headed by Minister of Justice of State of Qatar. Among others include Minister of Foreign Affairs and himself.

The committee will handle claims made by private companies, including major firms such as Qatar Airways, public institutions and individuals.

He also said the body would use both domestic and international mechanisms to seek compensation, and will hire overseas law firms to handle its claims.

Al-Marri said that the decision to pursue compensation for damages was not tied to current state of negotiations between Qatar and the blockading countries.

“The difference between politics and law is that in law there is continuity, unlike politics, which could be stopped by certain conditions,” he said.

Saudi Arabia, the United Arab Emirates, Bahrain and Egypt cut ties with Qatar on June 5 and imposed a land, air and sea blockade on the country. They ordered Qatari citizens to leave their territories and took various steps against Qatari firms and financial institutions.