The U.S. is Wrong About Proposed Tariff Against China 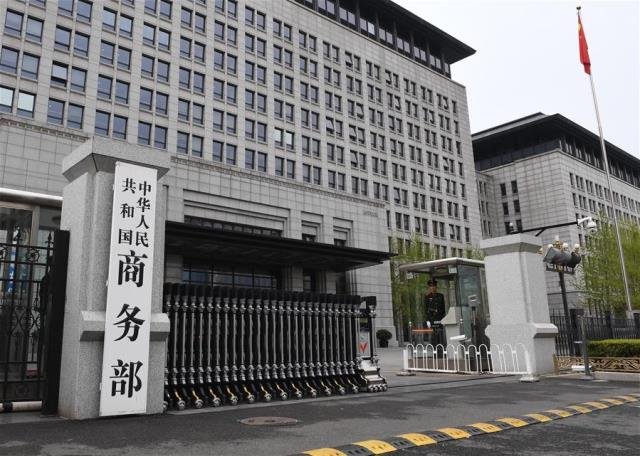 As the Chinese saying goes, it is only polite to reciprocate.

Hours after the U.S. administration announced proposed tariffs on products from China worth some 50 billion U.S. dollars, China unveiled countermeasures on Wednesday targeting the same value of U.S. goods.

This marked rare trade tensions between the world’s top two economies, and may trigger a trade war if worse comes to worst.

China has stated it has the confidence and ability to deal with any U.S. protectionist measures, pledging to fight till the end if a trade war breaks out.

The unilateral measures by the United States against China under its domestic Section 301 investigation fly in the face of international norms.

China has showed sincerity in seeking solutions through dialogue.

“However, the United States has repeatedly missed the best opportunities for an appropriate solution,” China’s Foreign Ministry spokesperson Geng Shuang said on Wednesday at a press conference.

At another press briefing, also on Wednesday, China’s Vice Minister of Commerce Wang Shouwen said, “We don’t want a trade war, but we are not afraid of it. If someone insists on starting a trade war, we will fight till the end.”

“If people want to play tough, we will play tough with them, and see who will last longer,” Chinese Ambassador to the United States Cui Tiankai said in late March.

In the eyes of Tu Xinquan, a professor with the University of International Business and Economics in Beijing, the U.S. move is “a very dangerous signal.”

“Although 50 billion U.S. dollars of goods is not a big deal in bilateral trade, it is highly possible that such a vicious cycle will get worse,” Tu told Xinhua.

The findings of the U.S. Section 301 investigation are a willful distortion of facts and full of selective assertions and allegations, turning a blind eye to the actual progress that China has achieved in market-oriented reforms, opening-up and enhanced intellectual property protection.

China’s confidence and strength have improved by overcoming difficulties and dealing with pressure over 40 years of reform and opening-up, Geng said.

Which of the world’s top two economies has a more powerful manufacturing industry?

When responding to reports saying the U.S. tariff list targeted products that benefit from the “Made in China 2025” action plan, Geng said that the plan aims to turn China into a great power in manufacturing. However, “There is nothing wrong with strengthening our own manufacturing capability.”

The United States, with the world’s leading technology and manufacturing capabilities, should be more confident and compete fairly, rather than imposing unilateralist, protectionist measures, he added.

Sharing Geng’s views, experts say the United States retains its lead in indigenous innovation and basic research, in which China has a long way to catch up.

The United States is panicking when faced with a rising China with advanced manufacturing prowess, but this is largely unnecessary, Song Guoyou, a U.S. studies professor with Shanghai-based Fudan University, told Xinhua.

As a national initiative, China put forward the “Made in China 2025” program in 2015 to sharpen manufacturing capabilities in industries ranging from robotics to high-performance CT scanners.

“The West believes the plan aims to replace high-tech imports with domestic products. In my view, it is a big mistake,” Tu Xinquan said.

“It is not exclusive or unilateral and brings opportunities for cooperation,” he added.

The program covers many sectors that cannot be done by China alone. Instead, different countries need to participate, as each of them plays a part in the chain.

Amid trade tensions with the United States, China will not scale back its opening up and will remain a staunch supporter of free trade and globalization.

“China will not close its door to the world. We will only become more and more open,” said the report to the 19th National Congress of the Communist Party of China.

China has been moving steadily to cut red tapes, strengthen the protection of intellectual property, downsize saturated sectors including steel, and push for more balanced imports and exports, said Zhang Yi, an analyst with Capital Securities.

Since its accession to the WTO in 2001, China has actively assumed its responsibilities, cutting overall tariff levels from 15.3 percent to 9.8 percent.

With its economy deeply integrated into the global economy, China will open even wider to the rest of the world, as closing the doors will only block its own way, Premier Li Keqiang said at a press conference after the conclusion of the annual legislative session in March.

“We aim to make the vast Chinese market a fair place for both domestic and overseas firms with all kinds of ownerships to compete to offer more options for about 1.3 billion Chinese consumers, expediting upgrading of Chinese products and services,” Li said.

Foreign investors will see more access to the finance, telecommunications, heath care, education and elderly care sectors. Caps on foreign holdings in banks, brokerages, insurers and other financial companies will be gradually removed.

More than 35,000 foreign-funded businesses were established in the Chinese mainland last year, with investment hitting an all-time high of 878 billion yuan (about 140 billion U.S. dollars).

As Chinese President Xi Jinping has put it, the global economy is the big ocean that one cannot escape from. Any attempt to cut off the flow of capital, technologies, products, industries and people between economies, and to channel waters in the ocean back into isolated lakes and creeks is simply not possible. Indeed, it runs counter to the historical trend.

No one will emerge as a winner in a trade war.