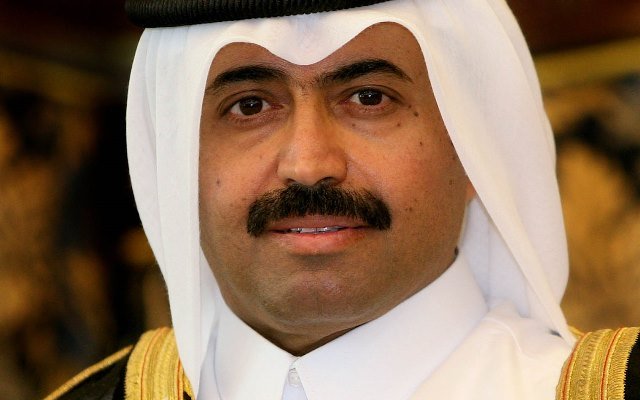 OPEC and its allies should maintain oil supply curbs to guarantee healthy price levels which will allow increased investment in the industry and help avoid a supply and price shock in the long run, OPEC member Qatar said.

Qatar’s Energy Minister Mohammed al-Sada told Reuters he also supported the idea of creating a permanent platform for OPEC’s cooperation with Russia even after the current round of joint oil supply cuts ends.

“There is a clear recovery in oil prices. But it has not been met with an increase in investments … Investment has been very low. My concern is that medium- to long-term demand is met comfortably,” Sada said in an interview. “Investors are still cautious and over-conservative”.

Sada said that global oil demand was set to rise by at least 1.5 million barrels per day this year or by a healthy 1.5 percent.

But the global oil investment purse of around $400 billion was still too small to guarantee the required level of investment to replace production from mature fields and the launch of new projects.

“I would see the need to keep the (OPEC cooperation) momentum … We need to restore investments. It could take months … OPEC could start being concerned about gross over-tightening.”

OPEC and its allies led by Russia have reduced production since the start of 2017 to ease a global oil glut stemming from the U.S. shale oil boom that saw oil prices crashing to below $30 per barrel and investment in the oil sector falling by over $1 trillion in the past three years.

OPEC’s production restraints have helped cut global oil stocks in industrialized nations from as high as 350 million barrels above the five-year average to as low as 50 million barrels, Sada said.

The tightening of the market propelled oil prices above $70 per barrel this year but also encouraged U.S. shale oil drillers to increase investments and return to record production growth.

“Even with shale, the market is heading for balance,” said Sada.

He said record U.S. shale output was almost fully absorbed by demand increases but elsewhere investments were not growing.

Some 6.5 million bpd of U.S. shale production have become an integral part of the global supply portfolio and demand could absorb even more as production was falling in places like Venezuela, Mexico, Colombia and China, said Sada.

Russia has been hinting that OPEC should start considering exiting the cuts sooner rather than later to avoid giving too much of a boost to U.S. shale oil output.

OPEC’s leader Saudi Arabia has said cuts could be extended in one form or another into 2019 and also said Riyadh and Moscow were considering a deal to extend their short-term oil cuts alliance to as long as 10 or even 20 years.

Sada said he supported the idea of longer term OPEC and non-OPEC cooperation: “The platform should stay. It is in the interest of everybody. The agreement on supply curbs is another thing”.

Qatar is one of the smallest OPEC oil producers but is the most influential player in the global liquefied natural gas market thanks to its huge plants producing a total of 77 million tonnes a year.

Sitting on the world’s biggest gas field, North Field, which it shares with Iran, Qatar plans to expand its LNG capacity to 100 million tonnes and Sada said it would be done before the gas market gets too tight in the early part of the next decade.

“We want this volume to come on time to fill the rising gap between supply and demand,” he said.

Sada also said that a long predicted global gas glut has effectively failed to materialize in the past few years.

“If you look at operational outages, then there is hardly any surplus in the LNG market today,” he said.

“If you go back three years, there was a lot of projections of a gas glut. But it didn’t happen … the magnitude of supply surplus has diminished greatly and also the expectations of when the markets will balance were brought forward considerably,” he said.