SpaceX Crew Dragon Astronauts Splash Down in Gulf of Mexico 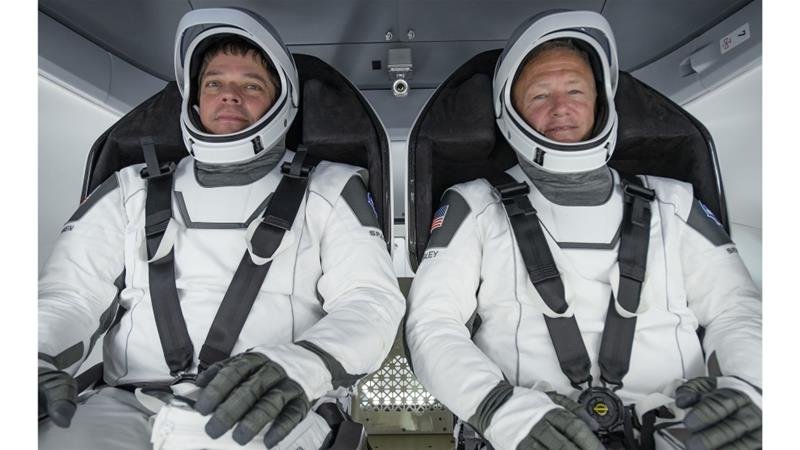 SpaceX has safely delivered two astronauts back to Earth for NASA, following an historic two-month mission to the International Space Station (ISS).

With the help of four white and orange parachutes, test pilots Doug Hurley and Bob Behnken splashed down in the Gulf of Mexico at 18:48 GMT on Sunday.

As soon as the capsule hit the water, the recovery crews went to work on retrieving the parachutes and saving the capsule so they could hoist it out of the water and extract the crew.

Once out of the capsule, the astronauts will be airlifted to shore before being transported to a plane at a nearby airfield that will bring them home to Houston and their families.

Typically astronauts land on land and this return was not only the first to splash down in the Gulf but also the first water landing since the end of the Apollo programme in the 1970s.

To prepare for the landing, NASA selected seven potential landing sites around the Florida peninsula, with the preferred site being Cape Canaveral. But after a tropical storm formed in the Atlantic Ocean earlier this week, the teams had to turn their attention to Florida’s West Coast.