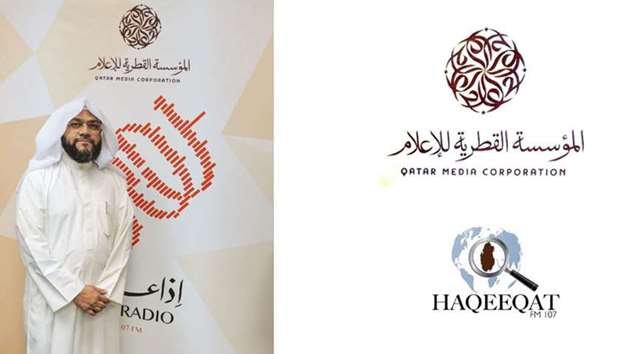 Speaking about some poems and songs recently released in the blockading countries of Saudi Arabia and the UAE against Qatar, Omri said poets and artistes used foul language to degrade people here.
“Language is a blessing and gift that we use to express ourselves. It is our duty to use this gift responsibly and not to use it as a tool to degrade an entire nation,” he asserted.

“For poets and people associated with the creative letter, it is all the more important to depict and describe truth in their works. What we have seen in the media of blockading countries instead is the usage of foul language to spread lies,” Omri added.

He also narrated a poem, which he wrote based on his experiences in Doha, on the show. Haqeeqat, which aims to engage and interact with the large South Asian expatriate community in Qatar, is a joint venture of Gulf Times and Qatar Media Corp Urdu Radio. It is broadcast from Sunday to Thursday on FM107.