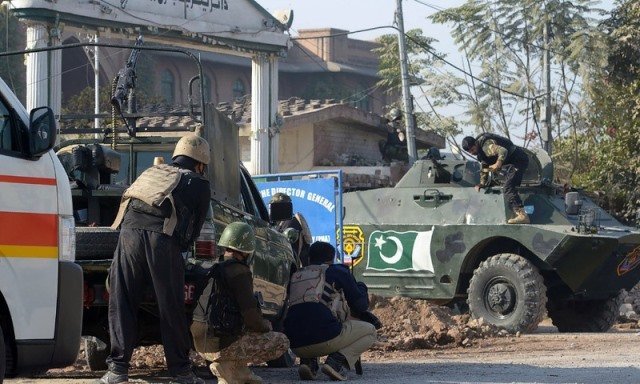 Nine people were killed and 37 injured as at least three terrorists stormed the hostel of Peshawar’s Agricultural Training Institute (ATI) on Friday morning.

The attack was claimed by the Tehreek-i-Taliban Pakistan. Both police and military officials said the attackers had been coordinating with handlers based in Afghanistan.

A rescue operation was launched by security forces soon after the attack was reported.

Security forces hunted down and neutralised the terrorists in an operation. They were assisted by military helicopters conducting aerial surveillance of the premises.

After the terrorists were reported killed, security forces began clearing the institute’s premises. Shortly after, journalists were allowed to enter.

Inter-Services Public Relations (ISPR) said two soldiers had been injured in the reprisal to the attack. They had been shifted to the Combined Military Hospital for treatment.

Peshawar’s University Road, where the incident took place is now open for traffic after being closed in the hours following the attack.