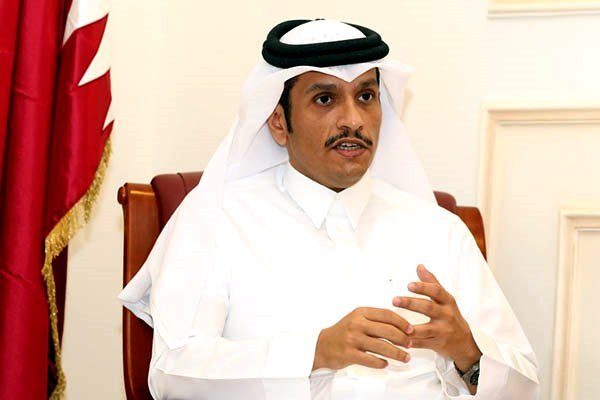 Sheikh Mohammed bin Abdulrahman AlThani, Minister of Foreign Affairs of Qatar said that Qatar has learned the lesson from the unjust siege to reduce its dependence on its immediate neighbours, pointing out to Qatar’s commercial openness to many countries. He was interviewed by  ‘Le Temps’ of Switzerland, the Foreign Minister said ‘The siege countries accuse us of spreading lies about the telephone conversation that took place between Emir of Qatar and Crown Prince of Saudi Arabia and that is unacceptable.

He said that the Gulf crisis was not expected and there were no indications of its occurrence.  Only a few days before the beginning of the crisis, Saudi Arabia was a very strong ally of Qatar, everything that had happened was orchestrated to justify the siege, and that it concerned a group of countries whose actions could not be predicted.

Replying to a question, Qatar top diplomat said that Qatar hosts the biggest US military base outside America as well as the headquarters of the International Coalition against ISIS. He said that the two countries also co-operate in the fields of security, counter-terrorism, defence and economy.

Sheikh Mohammed bin Abdulrahman AlThani said that the GCC countries’ consensus is necessary to ensure that regional security is not jeopardised, despite the differences of views on a number of issues.

He said that the siege countries do not want a rational exchange of arguments. “They want to put us under guardianship. We are a sovereign country. We have the same rights as Saudi Arabia, regardless of the size or strength of our country.”

Responding to a question on relations with Iran, Qatar Foreign Minister said that from the beginning, Qatar has been defending the idea of overcoming differences with Iran through dialogue rather than confrontation. On the other hand, he said that the Arab peoples revolted against dictatorships, “We had to move when these dictatorships started killing their own people.” He explained that Qatar has tried to assist these regimes to make some reforms, “But when these attempts failed and the dictators began to kill their own people, we had to take a side, and we chose the people,” he said.

The peoples of these countries are the ones who ignited the revolutions of the Arab Spring and not Qatar, he stressed, adding, “these peoples deserve appreciation for this achievement.”

He said that the peoples of the Arab Spring countries believed in the possibility of reaching peaceful solutions, and there was no terrorism at that time, explaining that violence started when these peoples were subject to the brutality of the regimes which paved way for terrorist organisations to take benefit from this situation in strengthening their forces.

On Qatar’s relations with Islamic Resistance Movement (Hamas), he said that the countries that accuse us of supporting what they call a terrorist movement are the same countries that support Hamas.” He pointed out that any assistance to the people of Gaza is welcomed because the people desperately need it.

He said that Qatar along with several countries has a joint operation room working for moderate groups in Syria. “We still believe in the realism of the hopes placed in the Free Syrian Army or the re-organisation of moderate forces,” he said. The minister also pointed out that there is an international commitment in this regard, but part of the international community now focuses on the fight against ISIS, and no longer speaks about the regime of Bashar al-Assad, which killed more than 500,000 people.