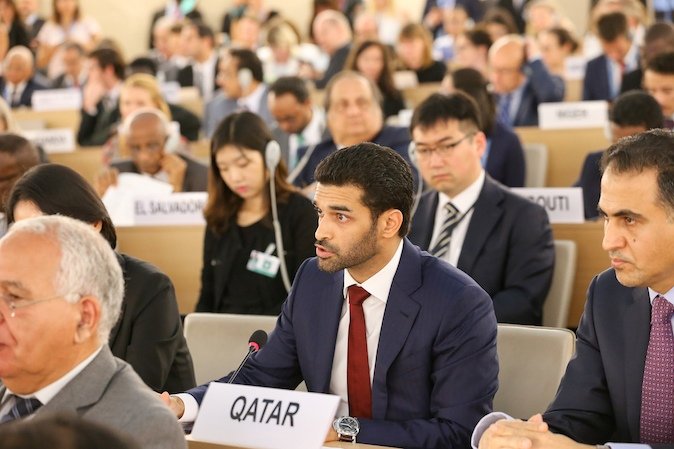 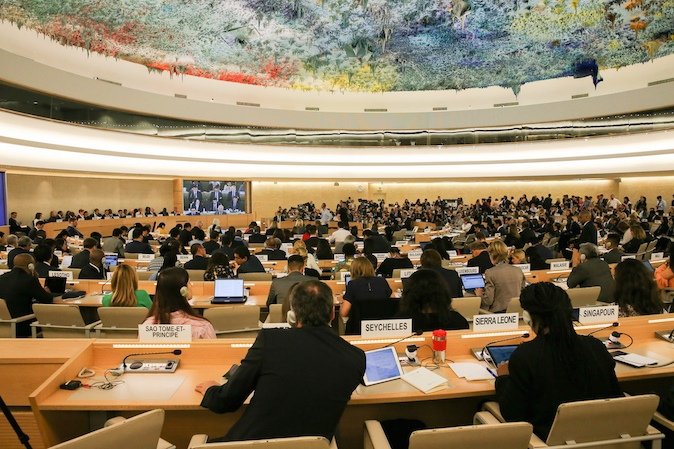 Hassan Al Thawadi, Secretary General of the Supreme Committee for Delivery & Legacy (SC) underscored the ability of sport to provide a platform that can bring people of all backgrounds together at a time when global dialogue is emphasising cultural, political and social differences rather than similarities.

He was addressing at the opening of 38th Session of the United Nations (UN) Human Rights Council in Geneva. Al Thawadi said “Sport – and in particular football, is a profound, impactful and global platform that touches the human spirit regardless of location, beliefs, culture or politics. It transcends society, and teaches us honesty, integrity, humility, how to overcome adversity, and above all – perhaps most importantly in this day and age – sportsmanship and a respect for your opponent.”

The session, which is held three times a year and was opened by the UN High Commissioner for Human Rights,  Prince Zeid Ra’ad Al Hussein, provides an opportunity for Human Rights Council members to discuss the promotion and protection of human rights in the context of effective and inclusive implementation of the UN’s 2030 Agenda for Sustainable Development.

Al Thawadi said that it was this ability of sport to provide a uniting platform that was behind the State of Qatar’s vision for hosting the 2022 FIFA World Cup™, stating: “That was our inspiration for bidding to host – tapping in to the spirit of the World Cup – an event that truly unites every strand of humanity like no other. We want to harness this ability and ensure that this event is a catalyst for positive change and remembered historically as a rallying point for our region.”

“We are building bridges in a region, and for a region, that needs that vision of a better future. People from all corners of the world will visit Qatar in 2022, and for many it will be their first experience and their first impression of the region. We want them to delve beyond the misconceptions perpetrated to divide East and West and experience the richness of our culture, the warmth of our hospitality and our humanity, all whilst celebrating our love of football together.”

Al Thawadi also spoke about the ways in which the potential and momentum of hosting the World Cup is being harnessed as a catalyst for positive social change in Qatar in many areas, including workers’ welfare.

“We recognised the power of the World Cup to drive forward the change required to ensure the health, safety, security and dignity of the people building our nation,” explained Al Thawadi.

“Our journey on implementing necessary reforms has been accelerated as a result of the World Cup coming to Qatar.  We have built true and lasting partnerships within the international community in a spirit of transparency and openness that has served to guide us on this journey, providing constructive criticism where appropriate, and praise where our efforts have warranted it.”

Al Thawadi proceeded to explain the ways in which the SC has worked with its contractors to improve the conditions of workers’ welfare, including its rigorous Workers’ Welfare Standards, a robust four-tier auditing system and collaboration with various reputed international institutes, including the Geneva-based trade union confederate, Building and Woodworkers International (BWI), Weill Cornell Medicine – Qatar and Impactt Ltd. Al Thawadi also spoke about the various efforts undertaken by the SC and its contractors to reimburse unjust recruitment and hardship fees paid by migrant workers engaged on World Cup projects, with reimbursements to-date amounting to QAR 43m (approximately $11.8m USD).

Al Thawadi concluded his address by stressing the transformative power that mega-sporting events possess, urging the international community present in the session to stand with Qatar in realising this potential and ensuring a better future for upcoming generations.

“For Qatar, the region, and for the international community, the FIFA World Cup in 2022 is a precious opportunity to celebrate our common humanity and advance progress for human rights in our region.”

During his opening speech, Prince Zeid spoke about the definition of human rights through time and what they mean today, as well as what is required by the international community to further promote and protect human rights. The High Commissioner also discussed a number of pertinent human rights issues globally and the steps required to resolve them.

British Secretary of State for Foreign and Commonwealth Affairs, the Boris Johnson MP, also delivered remarks during the opening of the session, where he discussed the important role education can play in the promotion and protection of human rights, especially women’s rights.

Following the opening, Al Thawadi met with Prince Zeid to discuss issues of common interest and means of further enhancing collaboration between the SC and the UN Human Rights Council.

The 38th Session of the UN Human Rights Council was particularly significant as it was the last one to be held under the stewardship of Prince Zeid, who will be concluding his four-year term as High Commissioner this summer. During his tenure, Prince Zeid played an important and invaluable role in progressing reform on matters relating to human rights in the region.

Al Thawadi’s participation in the session builds on previous SC engagements and collaboration with the UN over the past year. These include an SC exhibition on “Harnessing the Power of Sport to Achieve Sustainable Development” that was organised in conjunction with the 72nd session of the UN General Assembly in New York in September 2017, participation in an event organised in February 2018 by the Permanent Mission of the State of Qatar to the UN in Geneva under the title of “Hosting Mega Sport Events: Strengthening the respect for Human Rights”, and most recently the delivery of opening remarks at the official opening session of a UN Office for Drugs and Crime’s special event entitled “Crime Prevention and Sustainable Development Through Sports” held in April 2018.