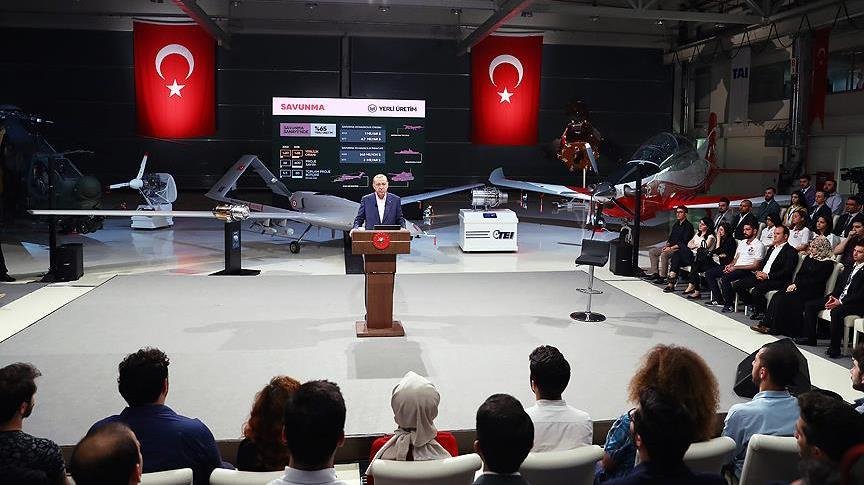 “Akkuyu will meet 10 percent of our energy needs,” he said, adding another 10 percent or more would be met by the second nuclear power plant, which will be located in Sinop.

“We will also have an opportunity to meet more than that with the third one.”

Erdogan and his Russian counterpart Vladimir Putin launched the construction of the Akkuyu plant at a ceremony in Ankara in early April.

The Akkuyu plant, located in southern Mersin province, will boast four reactors, each with a capacity of 1,200 megawatts, and will be built by the Russian state nuclear energy agency Rosatom.

Separately, he said the first domestic automobile was expected to contribute 50 billion euros ($58.7 billion) to the country’s GDP.

“We will see these domestic and national vehicles in our country in 2022, and we will export it to the world markets as well,” he added.

Answering a question on unemployment rates, Erdogan said they were aiming to employ 100,000 people by building mega-industrial areas.

“We are renewing and transforming our 135 industrial sites. We will provide 317,000 people with employment here,” he added.