Saudi Arabia to Invest Over US$ One Billion in 20 Projects in Russia, ‘To Bolster Nuclear and Space Cooperation’, Lavrov 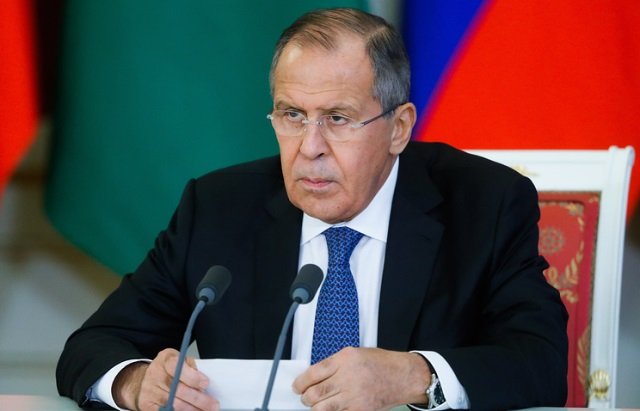 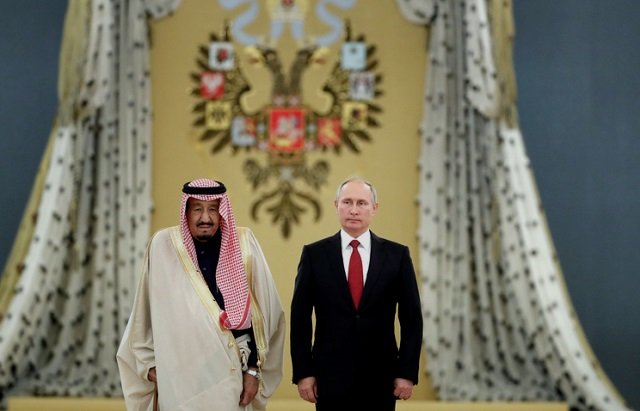 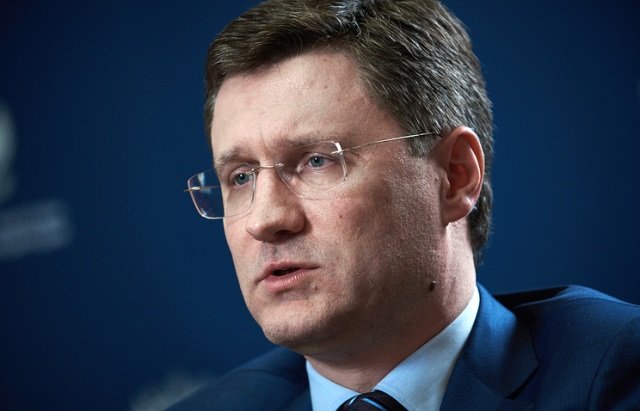 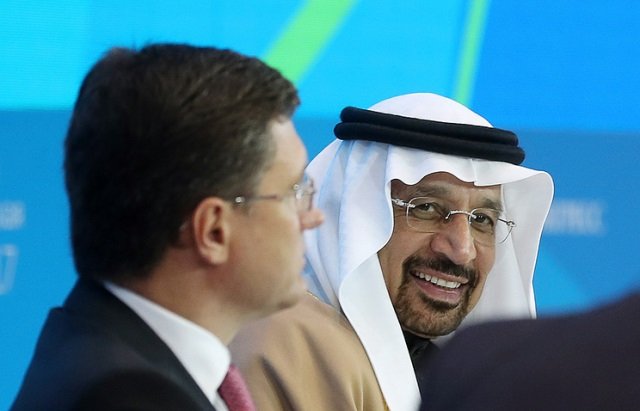 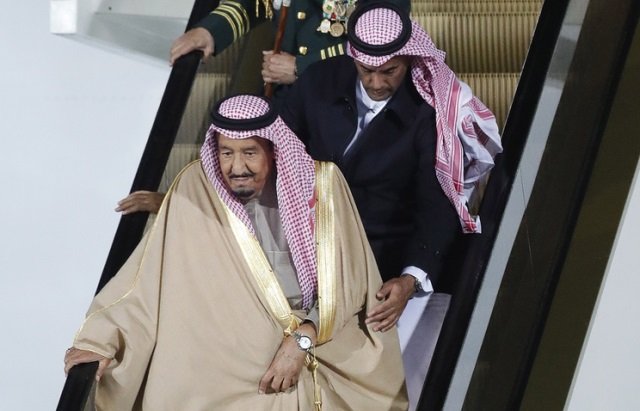 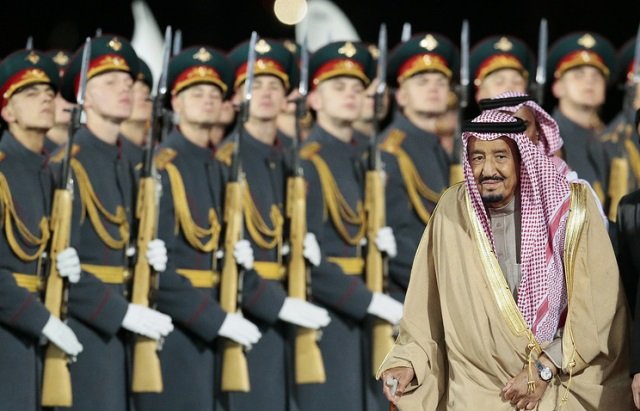 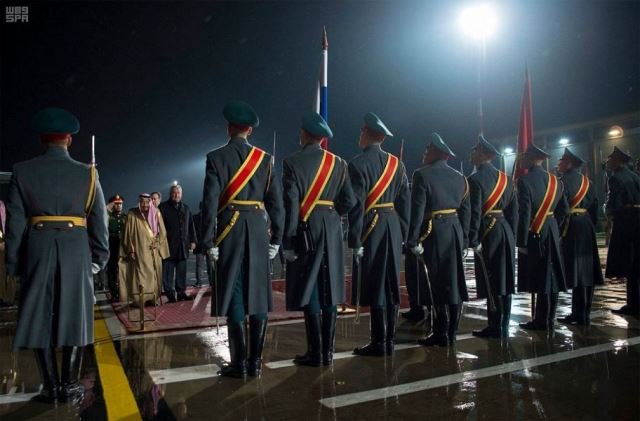 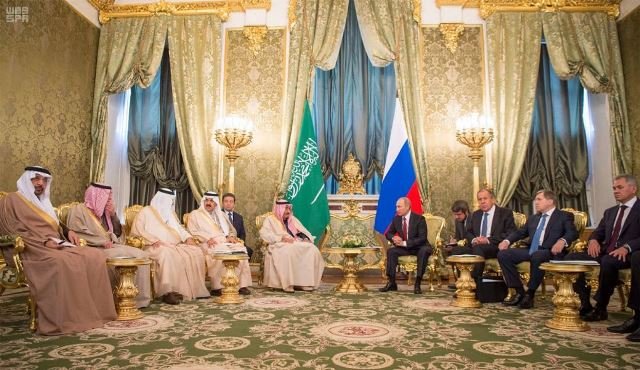 “I am certain that your visit will give a good impetus to the development of our inter-state relations,” Putin said in the course of narrow format talks on Thursday.

He cordially welcomed King Salman and thanked him for accepting the invitation to visit Russia.

“This is the first-ever visit by Saudi Arabia’s king to Russia in the history of our relations,” Putin said. “It is a very significant event.”

Putin looked back on the long history of bilateral relations. More than 90 years ago, in 1926, the Soviet Union was the first country to have recognized the kingdom founded by the father of the current monarch, Abdul Aziz bin Saud.

Around 200 representatives and 85 CEOs of large companies are part of the Saudi Arabia’s delegation headed by King Salman bin Abdulaziz AlSaud visiting Russia. It is first ever visit to Russia by any Saudi Arabia’s monarch since establishment of the Kingdom in 1926.

“I would like to mention the energy industry, not just traditional one, but the nuclear energy industry as well and cooperation in space exploration, agricultural sector and infrastructural projects among advanced industries in which agreements were signed today,” the Russian top diplomat noted.

The Russian president and the Saudi king had an in-depth exchange of opinions on most important aspects of the situation in the Middle East and in North Africa. Special accent was put on Syria, Iraq, Libya, Yemen, the situation in the Persian Gulf and in the Palestinian-Israeli settlement,” Lavrov said.

They (leaders) stressed the need for prompt settlement of crises by peaceful, political means… In this context King Salman appreciated efforts being exerted for the sake of a settlement in Syria within the framework of the Astana format,” Lavrov said.

Russia and Saudi Arabia share the understanding of priority of fight against terrorism in dealing with Middle East region’s problems, he went on.

“In considering all problems of that region, a common understanding was shown once again that a resolute fight against terrorism has a priority,” he said. “Initiatives that the Russian Federation and Saudi Arabia advance in the UN and on the international arena on the whole are aimed at this,” he added.

“And of course it is clear that fight against terrorism implies resolute action against extremist ideology,” the senior diplomat went on. “We familiarized our Saudi colleagues with corresponding approaches that are now considered at the UN Security Council. We expect that the Group of Strategic Vision ‘Russia-Islamic world’ set up between Russia and the Organisation of Islamic Cooperation will continue making its contribution to these efforts”.

Novak said that addressing at the Russian-Saudi Investment Forum said that Russia and Saudi Arabia will set up a working group to remove obstacles hampering cooperation between the two countries.

“We have just agreed with my counterpart, Co-Chairman [of the Intergovernmental Commission] Mr. Al Qasabi, Minister of Trade and Investment Majed Bin Abdullah Al Qasabi that we will set up a special working group, which will oversee the issues of reducing administrative barriers and obstacles to the development of business ties between our two countries,” the Russian minister said.

Novak noted that work is underway on a roadmap for the development of trade, economic, scientific and technical cooperation between the two countries for the mid-term perspective.

“This document provides for cooperation in a number of areas, specifically, the energy sector, industry, agriculture, support for small businesses, business activity, sports, science, education and culture,” he added.

“Relations between our countries have reached a fundamentally new level recently. Parliamentary contacts show good dynamics, and the two countries business circles maintain intensive dialogue,” he said, adding that that significant progress has been made.
October 6, 2017 / Current Affairs