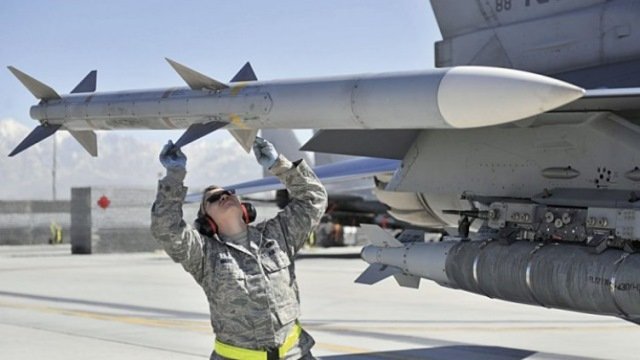 Japan is to receive a further batch of Raytheon AIM-120 Advanced Medium-Range Air-to-Air Missiles (AMRAAMs) following approval of a potential sale by the US State Department.

The approval, announced by the US Defense Security Cooperation Agency (DSCA) on 4 October, covers 56 AIM-120C-7-variant missiles, plus support.

The deal is estimated to be worth USD 113 million.

“The proposed sale will provide Japan a critical air defense capability to assist in defending the Japanese homeland and US personnel stationed there,” the DSCA notification said.

The deal must be approved by Congress before it can proceed.

The Japanese Air Self-Defense Force (JASDF) already fields the AIM-120C-7, having been cleared to receive its first batch of 17 missiles in 2014. These augment the earlier AIM-120C-5 variant currently in the force’s inventory.

The AIM-120C-7 is a new design with distinct capability upgrades from previous AMRAAM versions. As noted in Jane’s Air Launched Weapons , the missile has upgraded antenna, receiver, and signal-processing hardware to meet operational requirements in countering new threats, and smaller electronic components to provide internal space for future system growth.

The missile is fitted with an active radar seeker – similar to that of the AIM-120A, but with a number of software upgrades – and is powered by a propulsion system similar to the AIM-120C-5 equivalent, but with an enlarged rocket motor.