Saudi Arabia : The Dependents Fee May Have a Negative Economic Impact 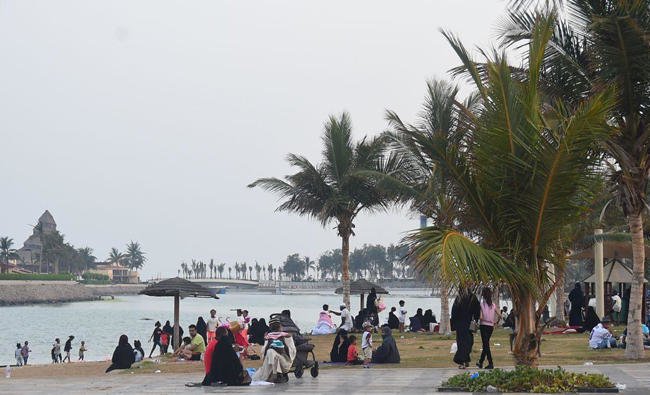 A study by some Saudi economists indicates that the expat dependents fee is a vital means to solve the issue of unemployment in the country.

As part of the government’s Fiscal Balance Program, a resident’s dependent is to pay SR 1,200 for one year as of July 1, 2017. The monthly fee for each dependent is SR100 this year. It will increase by SR 100 per month every year reaching SR400 per month per dependent by 2020. This is expected to generate SR1 billion in revenue by the end of the year and SR65 billion by 2020 based on the current number of expat dependents. The finance ministry projects a government budget balance in 2020.

With foreign workers having sent their families home on final exit, that target may be elusive. The byproduct of the decision to impose fees on expat dependents will be high remittances and less spending in the Kingdom, a fallback bound to have negative repercussions on the economy. Less spending may result in less startups which in turn will add to the unemployment dilemma. My guess is that the projected revenue collection from the expat dependents fee will be negative, as most foreign workers will send their families home.

At an Asian consulate where not long ago a throng of people lined up all the way down the street, the Consul General explained to me that that was the latest wave of expatriates who had decided to take advantage of the amnesty program for illegal resident aliens and leave the country without any jail terms or monetary fines. He told me that contrary to the first amnesty program that was announced by the late King Abdullah in April 2013 and of which many illegal residents had taken advantage, this time around, the processing of expatriates was mainly concentrated on facilitating the departure of the dependents of expatriates whose residency status for some reason or the other was not up to par with the requirements set by the Kingdom.

“It’s the dependents fee levy that has created this number of people, you know,” he continued. “Household heads have come to the conclusion that it is not economical to keep their families here as annually the fees per individual are going to increase, burdening the expatriate worker further. Better now than later is what most are telling the consular staff, as they prepare papers for their dependents’ departures.”

The Kingdom, the world’s largest exporter of oil, has since launched an economic diversification plan and slashed state spending in an attempt to cope with a deficit resulting from the plummeting of crude oil prices, its main source of income. The ambitious “Vision 2030” unveiled in April 2016 aims to broaden its investment base and diversify the once oil-dependent economy. Vision 2030 has seen the country impose taxes, including value added taxes to goods, increase fees and charges and set up new industries to boost the sluggish economy.

An estimated 11 million foreigners work in the Saudi private sector, with 2.3 million of their dependents based in the Kingdom, according to the Public Authority for Statistics. Spurred by this new tax or levy or whatever one chooses to call it, about 670,000 foreign workers are expected to leave Saudi Arabia by 2020, a report prepared by Banque Saudi Fransi revealed. According to the report, some 165,000 expats are expected to leave the country every year. In addition, the report said that the new fees imposed on the dependents of workers would add about SR 75 billion to the budget over the next three years.

Now this is painting the canvas with a broad brush because it is apparent that with a shrinking expat population we cannot expect an increase in revenue through the levying of a dependents fee. When an expat family leaves this country, many things happen. The money that is being earned and spent here is now being remitted outside. The money that had previously been used to vitalize the local economy through a multitude of channels and avenues has suddenly been turned into a wire transfer to a distant land.

This projection of income is seen by some as misguided, as it cannot happen, unless the Kingdom becomes a huge industrial complex that attracts local and international investments. That can only be achieved in a period of at least 10 years. That is why taxation of expats before we turn into a productive economy that depends on industry is like putting the cart in front of the horse. This is a sign of oversight among the economic consultants who run our country’s affairs.

Indeed, with a calculator on hand if we begin to take stock of the numbers of departing expatriate dependents and the loss of revenue resulting from their exodus, the numbers may not be encouraging. Wouldn’t a more profitable option be to allow long-term and law-abiding expats to apply for citizenship or grant them permanent residency? The colorful diversity and economic muscle of this society would be greatly enhanced.