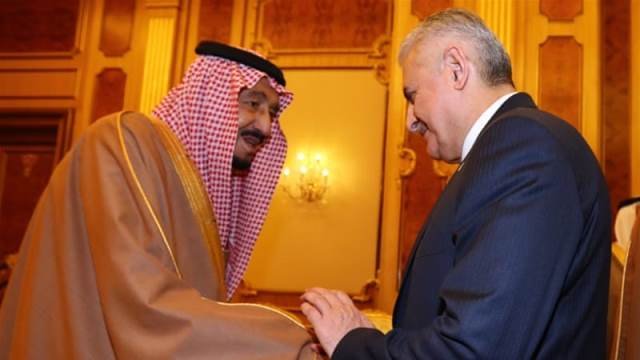 Turkey’s prime minister and Saudi Arabia’s king have called on the Islamic world to “act with unity” against a US decision to recognise Jerusalem as Israel’s capital.

Binali Yildirim and Salman bin Abdulaziz “emphasised the importance of Jerusalem’s status” during a meeting in Riyadh on Wednesday, saying the Muslim world should remain united to protect the rights of Palestinian “brothers”, according to a statement from the Turkish prime minister’s office.

Both Turkey and Saudi Arabia have strongly criticised US President Donald Trump’s decision.

Trump’s announcement on December 6 drew widespread international condemnation and triggered protests in the occupied Palestinian territories and in cities across the Middle East, North Africa and Asia.

The status of Jerusalem – home to sites holy to Muslims, Jews and Christians – is one of the core issues in the perennial Israeli-Palestinian conflict.

Both sides claim the city as their capital.

A resounding majority of the UN General Assembly last week defied unprecedented threats from the US and voted to declare Trump’s decision “null and void”.

Yildirim and Salman agreed that the December 22 resolution was a “strong message by the international community”, according to the Turkish statement.

Saudi state-owned SPA agency said Salman and Yildirim “reviewed bilateral relations between the two countries, means of enhancing them, and latest developments in the region”.

It did not offer additional details.

Yildirim’s two-day visit comes amid signs of strains in relations between Ankara and Riyadh.

Turkey has been seeking closer ties with Iran, a country Saudi Arabia considers its main regional rival, and has also backed Qatar during the six-month blockade imposed against the Gulf nation by Saudi Arabia, the United Arab Emirates, Bahrain and Egypt.

Galip Dalay, an Istanbul-based analyst, said Wednesday’s talks between Yildirim and Salman were an attempt to “create an atmosphere of dialogue rather than accusing each other through the media on certain issues”.

Both countries were aware of their status as major powers in the region and knew “that one cannot easily start an all-out disagreement with the other,” Galip said, adding, “This visit will not solve all the troubles … It is a sign of good intentions rather than the settling of the major issues.

“If this visit produces anything, it is going to be a process.”