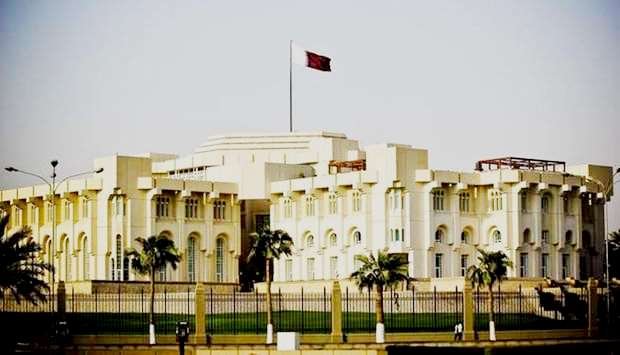 The Cabinet has approved a draft law on regulating the ownership and usage of real estate by non-Qataris in the country.

The decision was taken at the regular meeting of the Cabinet, the official Qatar News Agency (QNA) reported.

Under the provisions of the draft legislation, non-Qataris may own and use real estate “in areas and in accordance with the conditions, controls and benefits” specified by a decision of the Cabinet and based on the suggestion of the commission for regulating non-Qatari ownership and use of real estate.

The provisions of the law will apply to land space, buildings and residential units, as well as some other units in residential complexes.

Chaired by Prime Minister and Interior Minister Sheikh Abdullah bin Nasser bin Khalifa al-Thani, the Cabinet meeting at the Emiri Diwan today, Hassan bin Lahdan al-Hassan al-Mohannadi, Minister of Justice and Acting Minister of State for Cabinet Affairs said the meeting reviewed and took the necessary measures on a memorandum submitted by the Minister of Finance on the ministry’s recommendation to allow listed companies in the Qatar Financial Centre to participate in tenders offered in the country.

The Cabinet also reviewed the annual report of the National Committee for Traffic Safety and its recommendations, and took the necessary measures. Established as part of the Ministry of Interior, the committee specialises in framing policies and strategies pertaining to traffic and developments in the field, according to the report. It also studies traffic problems and suggests appropriate solutions.

The report refers to the preparation of the National Strategy for Traffic Safety 2013/2022, the executive plan of the strategy and its revision. It also includes the establishment of a national office for traffic safety to follow up, evaluate and support stakeholders, in addition to the committee’s membership in the United Nations (UN) Road Safety Collaboration.

At the start of said meeting, the Cabinet welcomed the UN General Assembly’s resolution issued on December 21, which demanded that all states comply with Security Council resolutions regarding the Holy City of Jerusalem, and not recognise any actions or measures contrary to those resolutions and for all states to refrain from establishing diplomatic missions in it, QNA report says.

The Cabinet hoped that the global community will “translate the resolution to practical steps that achieve just and sustainable peace based on the resolutions of international legitimacy and the Arab peace initiative, which will lead to the establishment of an independent Palestinian state with Jerusalem as its capital”.

The meeting also reviewed and took the necessary measures on Ministry of Foreign Affairs’ report on Qatar’s standing committee in support of Al Quds.