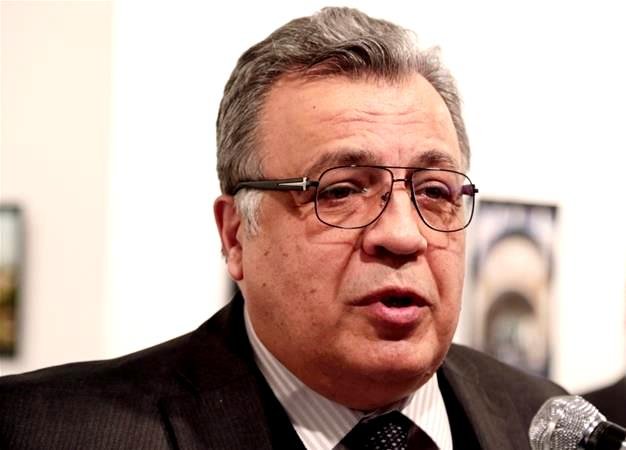 Russian Foreign Ministry Spokesperson Maria Zakharova announced Andrey Karlov, ambassador to Turkey shot dead at a photo exhibition in the Turkish Capital Ankara. “We regard this as a terrorist act, Terrorism will not win and we will fight against it decisively.”

‘ Karlov was at the gallery in Ankara to give a speech for the opening of an art exhibit called “Russia as seen by Turks.”

Andrea Karlov, a career diplomat was 62 years old. He joined diplomatic service in 1976 and served as Russia’s ambassador to Pyongyang in 2001-2006, and later worked as the chief of the Foreign Ministry’s consular department. He had served as the ambassador to Turkey since 2013.

The attack came a day before a meeting of Russian, Turkish and Iranian foreign and Defence Ministers in Moscow to discuss Syria.

Those talks will go ahead on Tuesday despite the murder of Karlov, the Interfax news agency said, citing Leonid Slutsky, a senior parliamentarian.

After the initial shot, the attacker approached Karlov as he lay on the ground and shot him at least one more time at close range, according to a reporter at the scene.

He also smashed several of the framed photos hung for the exhibition but later let the stunned guests out of the venue, according to local media.

“Don’t forget Aleppo, don’t forget Syria,” the attacker said in Turkish after gunning down the ambassador, as seen on a video shared by Turkish media from the scene.

“Whoever took part in this cruelty will pay the price, one by one … Only death will take me from here,” the man said, while carrying a handgun.

He then continued in Arabic, saying: “We are the descendants of those who supported the Prophet Muhammad, for jihad.”

Several media outlets reported that a gun fight ensued after Karlov was shot.

Local broadcaster NTV television said at least three people were wounded and were taken to the hospital.

Relations between Russia and Turkey were badly strained by the downing of a Russian warplane at the Syrian border in November 2015, but Turkey’s apology earlier this year helped overcome the rift.

The leaders of the two countries, Presidents Vladimir Putin and Recep Tayyip Erdogan, have held several meetings in recent months and spoken frequently over the phone. The two leaders have already spoken by phone regarding Monday’s attack.

Russia and Turkey have co-sponsored the evacuation of civilians and rebels from Aleppo and discussed the prospect of organising a new round of peace talks in Kazakhstan’s capital, Astana.

Diego Cupolo, a photojournalist in Ankara, told Al Jazeera that there were around a hundred armed soldiers in camouflage and police officers at the scene, along with armoured fighting vehicles.