‘Threat of Further Sanctions Will Be Violation of Int’l Laws’, Dr. Al-Marri 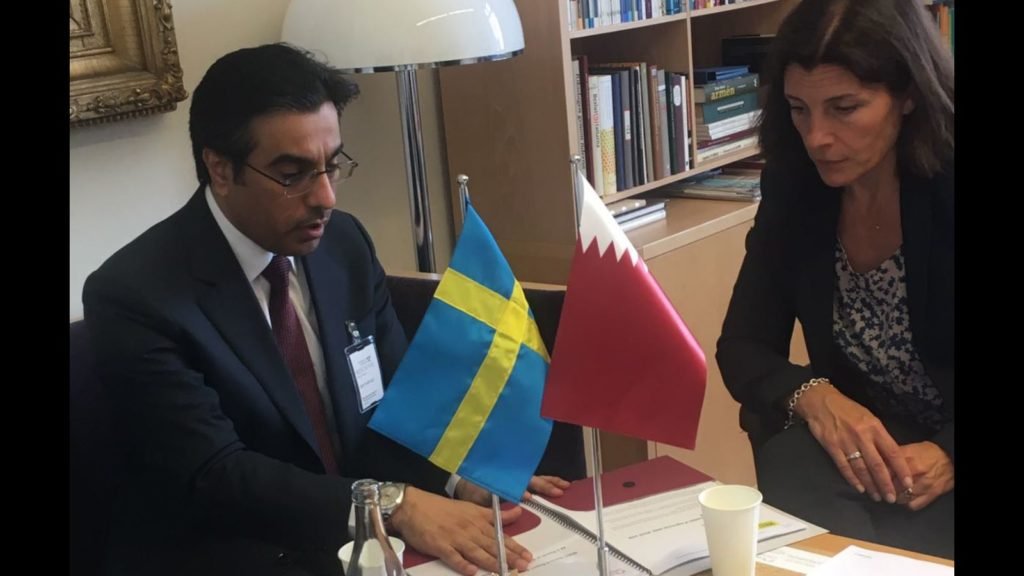 He said this during his meetings with officials of Kingdom of Sweden in Stockholm.

He held various meetings including with Ambassador Anne Dostmore, Head of the Middle East and North Africa Department of Swedish Foreign Affairs and Dr Gustav Lind, Head of International Law, Acting Head of Legal Affairs of the Swedish Parliament.

It includes also violations of the right to freedom of movement and the exercise of religious rites. He lauded the role of Swedish people and their stand with with the just cause of the people and the protection of the rights of civilians.

Dr. Al-Marri pointed out that the Gulf region is being subjected to unprecedented violations in the region as a result of the siege imposed on the State of Qatar.

Chairman NHRC told that the officials of the Swedish Parliament and Foreign Affairs have been provided with all the reports and files monitored by Qatar NHRC on these violations since the beginning of the crisis.