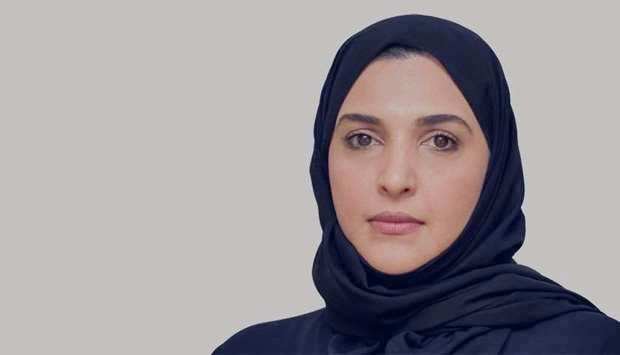 On International Women’s Day, in her message Mrs. Mariam Bint Abdullah Al Attiyah, Secretary General National Human Rights Committee has hailed the role of Qatari women during time of unjust and illegal siege of Qatar along with the Qatari brothers.

She said that the Qatari woman are celebrating International Day  of Women along with rest of the world’s women. She congratulated the Qatari women on the Women’s International Day and said ‘ It is an occasion to congratulate Qatari women wherever they are serving from security centers, police, armed forces and all other sectors on playing their continuous role along with their male brothers in the service of our country – Qatar, which is steadily moving forward regionally and internationally’.

“Qataris are proud of historic stand demonstrated by the residents, both women and men at the time of unjust siege of Qatar, we all are proud of and appreciate our leadership’, she said.

AlAttiya said that Int’l Women’s Day gives us an opportunity to reaffirm NHRC commitment to defending and protecting the rights of women, as the first school for the preparation of a mature society with its rights and duties, human rights”.

“From this point of view, the NHRC has recommended and urges in all its recommendations and reports the Qatari government to continue to develop and protect women’s rights and to address all shortcomings that may impede women’s participation in and contribution to the development of society, Which is essential for the success of any civilized society and based on the Committee’s commitment to its tasks as set out in the Paris Principles. ”

She said that Qatari women are most effected victims from the illegal embargo imposed on Qatar as well as women from the embargo countries also. They are deprived of their right to reunite with their families and siege has forced many ladies to divorce their husbands and are separated from their children forcibly. Female students are deprived from completing their education from siege, imposed by the blocked countries violating international laws and conventions on human rights. ”

“The celebration of International Women’s Day is also an occasion to value the positive steps taken by the Qatari government to promote women’s rights”,  said Chairman NHRC Qatar.  She lauded recent appointments of four women in Majlis  Shura (National Advisory Council) as per Emiri Decree No. 22 of 2017 as encouraging to women for participating in legislative process.  She said that it’s first ever time since its establishment of Majlis e Shura in early 1970s. ” AlAttiya also highlighted appointment of lady Spokesperson of Ministry of Foreign Affairs, proves  Qatari ladies competence and their contribution in raising the banner of the nation in all national and international forums.

“We at the National Human Rights Commission note the positive steps taken by the Qatari government to protect women rights, based on their commitment to the implementation of the Convention on the Elimination of All Forms of Discrimination against Women signed by the State of Qatar.”

NHRC Chairman said that as per fourth Human Development Report of the State of Qatar, Qatar has achieved the principle of equal access to primary and secondary education, as well as equal access to social security.” The Compulsory Education Law has contributed to higher enrollment rates in primary education, which is an indicator of equal opportunities for male and female enrollment.

She said that “The Qatari women are also fully free to participate in cultural life and sports, to attend and participate in all artistic and sports events, and to receive full support and encouragement.” The package of economic rights is witnessing a remarkable development by registering an increase in Qatari women’s participation in public and private sectors.

She said that Qatari women are serving in many occupations and non-traditional occupations including civil aviation, police, military, etc. “