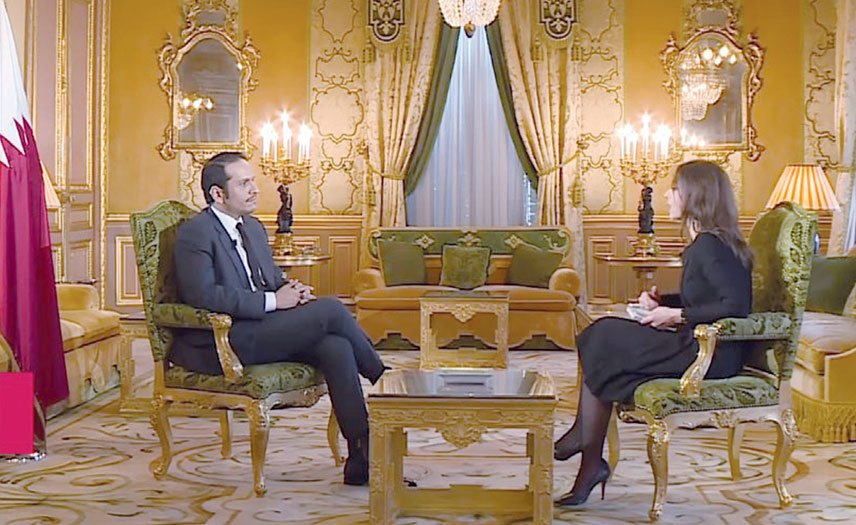 “Any move or any step should be within the policy of complete political transition in Syria according to ‘Geneva I’ resolution and there is a guarantee for the rights of the Syrian people. There must be a solution to stop the sufferings of the Syrian people,” Sheikh Mohammed said in an interview with the France 24 network.

“Sending Arab troops to Syria will complicate the situation,” he said.

“During the recent visit to Washington, we clarified our policy towards Syria and told the US that if there was any decision towards Syria, that would be within the framework of a comprehensive solution to the Syrian crisis and not only in dealing with a specific issue,” Sheikh Mohammed added.

He said the Qatar-US relationship is a strategic partnership.”Qatar is a partner in the international coalition to fight the Islamic State. Qatar has contributed to the collective action in the fight against terrorism,” Sheikh Mohammed said.

Qatar is fully committed to all international resolutions on combating terrorism, he added.
The FM said the Saudi foreign minister’s comments are not worth responding to.”The attempt to elicit the Arab public opinion in this way will not pass and the Arab public’s awareness is greater than all this and everyone is aware of who is directing these words,” he said.

On the Iran nuclear agreement, he said the agreement reached may not address all aspects and concerns of those countries, but the existence of the agreement is very important.

“We do not want to have a race in nuclear armament in the region. There is an urgent need for a clear agreement for regional security and this was stated by Qatar several times,” he added.

He stressed that the outbreak of war and arms race in the region will not be in the interest of anyone. Qatar wants stability and the region is experiencing several crises and can’t afford a new crisis, he noted.
The FM said there had been a momentum in the past two weeks after the Emir Sheikh Tamim bin Hamad al Thani’s visit to Washington, especially from the US President who he sought to restore the GCC.

Sheikh Mohammed pointed out that the other parties in the Gulf crisis do not want a solution as if the stability of the region does not concern them.