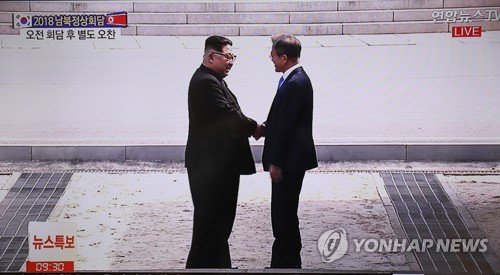 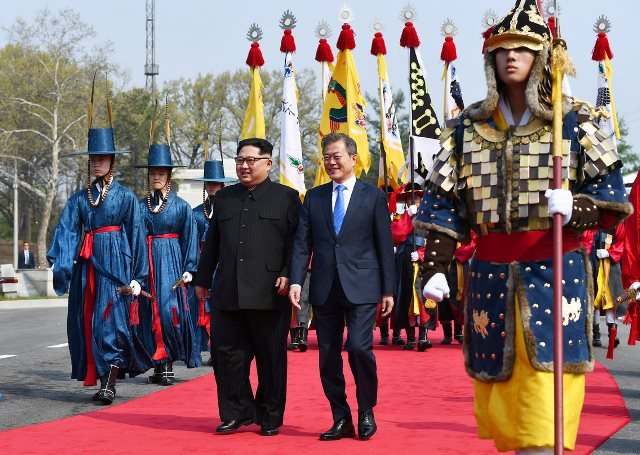 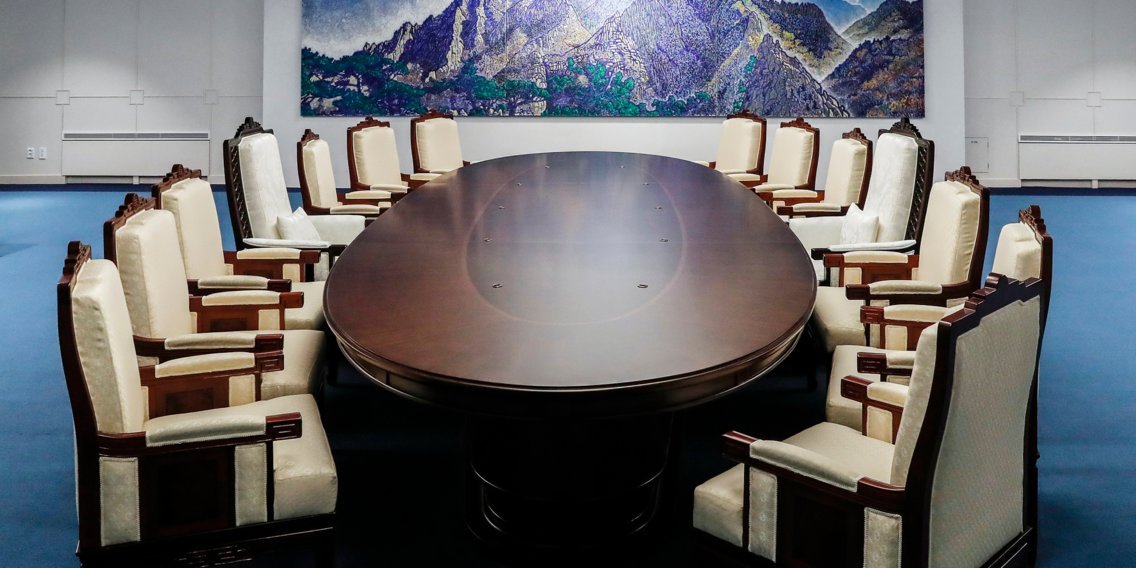 South Korean President Moon Jae-in and North Korean leader Kim Jong-un began their historic meeting early this morning of  Friday with a handshake at the heavily fortified border between the two countries.

Moon was the first to arrive at the border in the Joint Security Area of Panmunjom inside the Demilitarized Zone (DMZ).

Kim arrived later, shortly after he appeared on the North Korean side of Panmunjom.

The leaders shook hands while still standing on their side of the border marked by a raised, foot-wide concrete line.

Then, probably to the surprise of many, Kim invited Moon to cross the inter-Korean border to the North Korean side.

The South Korean leader accepted the invitation with a broad smile, briefly crossing the border with Kim before they both returned to the South Korean side.

By crossing the border, Kim became the first North Korean leader to step on South Korean soil since the end of the 1950-53 Korean War. The inter-Korean summit, the third of its kind in history, is the first to be held in South Korea.

Kim again surprised many watching the historic event on live television by making what appeared to be an impromptu suggestion for a group photo with Moon and all their accompanying delegates, including the North’s titular head of state Kim Yong-nam and eight other North Korean officials.

Kim signed the visitors’ log at the Peace House, the venue for the third inter-Korean summit on the South Korean side of the heavily fortified DMZ.

“New history from now, at the starting point of history of a new age of peace,” he wrote.

Official talks between Moon and Kim began at 10:15 a.m., 15 minutes ahead of their original schedule.

Following their first-ever talks, the leaders will take a brief recess and eat lunch separately, for which Kim will return to his country.

The North Korean leader will again cross the border later in the day for various events aimed at promoting the leaders’ personal ties, such as a friendship walk.