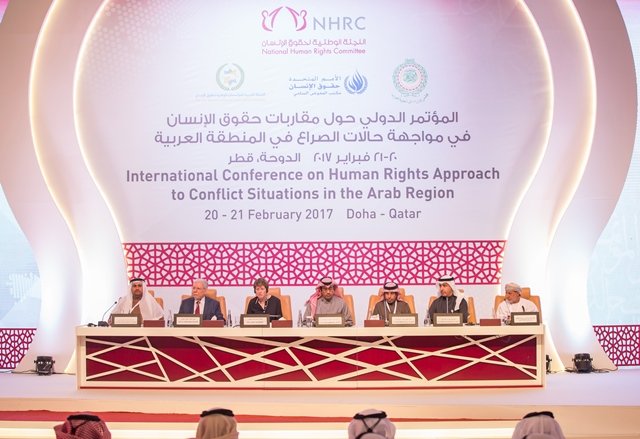 In addition to representation by several governments around the globe, over 320 human right bodies and related institutions from world-wide are participating in the conference organised by National Human Rights Committee Qatar (NHRC) in collaboration with UNHRC and regional human right bodies. World bodies meeting in Qatar to look into mechanism how human rights bodies may play their role in solutions in Conflict situation in the Arab region.

A signing ceremony of Memorandum of Understanding between the National Human Rights Committee of Qatar and the Arab Parliament was also held on the occasion. Dr. Al Marri talking to media on the occasion said that main purpose of the conference is to look into the means and ways how human rights bodies can play their role in solving situations of conflicts and violence in Arab region.

Talking about signing of MOU, NHRC Qatar Chairman told that it is in order to promote human rights activities in the Arab region.