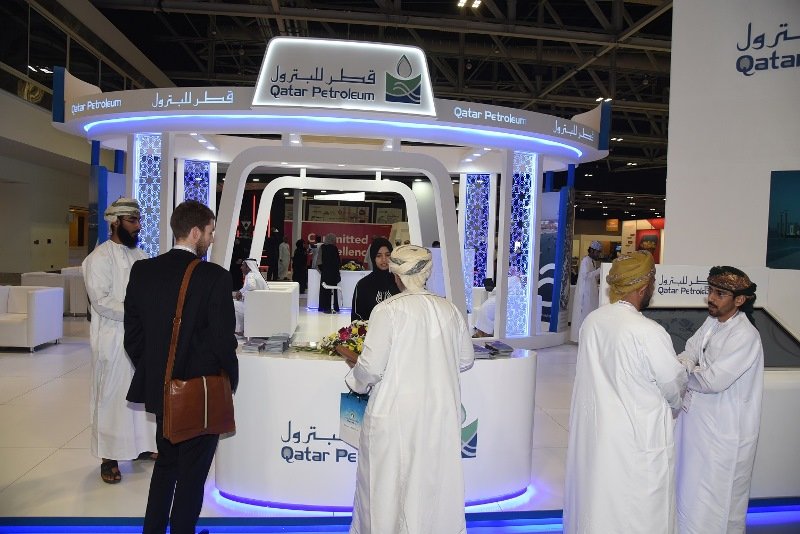 Qatar Petroleum has joined the largest gathering of oil & gas companies in the Sultanate of Oman with a strong presence at the 11th Oil & Gas West Asia (OGWA) Exhibition & Conference.

The OGWA Exhibition, which is held under the auspices of Oman’s Ministry of Oil and Gas, was inaugurated on Sunday by Mohammed bin Al Zubair, Advisor to the Sultan of Oman for Economic Planning Affairs, at the Oman Convention & Exhibition Centre in Muscat.

Mohammed bin Al Zubair visited Qatar Petroleum’s exhibition stand together with other top government officials and VIPs, where they were briefed on the Corporation’s history as well as some of its most important achievements in the oil and gas industry, as well as on its expanding upstream footprint across the globe.

Qatar Petroleum is taking part in the event along with Qatar Chemical and Petrochemical Marketing and Distribution Company (Muntajat), which serve as the gateway to Qatar’s exports of chemicals and petrochemicals products.

The three-day exhibition is held until Wednesday, March 28, and includes on its sidelines a conference on enhanced oil recovery techniques, which was inaugurated on Sunday by Dr. Mohammed bin Hamad Al Rumhi, Oman’s Minister of Oil and Gas.

QP’s participation at OGWA 2018 comes a few months after the corporation entered into an agreement with Eni of Italy to acquire a 30% participating in the Contractor’s interest under the exploration and production sharing agreement for Block 52 offshore Sultanate of Oman. The agreement was signed in November 2017 by Saad Sherida Al-Kaabi, Qatar Petroleum President & CEO, in the presence of Oman’s Minister of Oil and Gas.

Qatar and Oman also have close links in the oil and gas industry through the Dolphin Gas Project, which processes up to 2 billion standard cubic feet per day of natural gas from Qatar’s North Field. The gas is then transported by pipeline and distributed to customers in the United Arab Emirates and in the Sultanate of Oman.