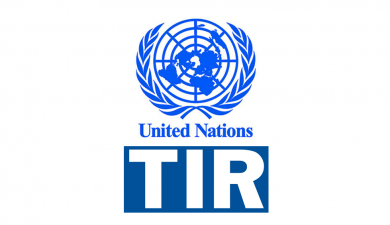 Qatar has deposited its instruments of accession to the TIR Convention, which will enter into force for the State of Qatar this July 25.

By so doing, Qatar has become the 73rd Contracting Party to the United Nations’ TIR Convention, the only global customs transit system, to facilitate trade and the seamless and secure movement of goods across its borders, according to a press release by the Ministry of Transport and Communications today.

The only global customs transit system for moving goods across international borders, TIR, or Transports Internationaux Routiers, has been supporting trade and development for over 60 years, by allowing customs-sealed vehicles and freight containers to transit countries with minimal border checks. It is governed by the United Nations TIR Convention, which is hosted by UNECE, and managed by the world road transport organization, IRU.

The TIR Convention came into effect in 1975. It facilitates the transport of goods between countries. It is the only global customs transit system in existence. It now has 73 Contracting Parties covering the whole of Europe, and reaches out to Asia, North Africa and the Middle East. The TIR Convention is expanding rapidly, with Pakistan, China and India, which are home to almost 40% of the world population, acceding to the Convention within the last three years alone.

The Ministry of Transport and Communications emphasizes that Qatar’s accession to TIR Convention will allow its land transport fleet and other land shipping modes to move to ports and harbors of TIR Convention countries by RoRo ships, move by land to where goods are released in any of TIR countries, and ship and transport goods on same track to Qatar.

The new system will enable free movement for land transport modes that belong to those countries when shipping goods from or to Qatar, the Ministry says, adding that this will contribute to saving transport costs significantly thanks to removing transaction fees for those goods, in addition to reducing transport duration from countries of origin to Qatar.

20 January 2022 By Ashraf Siddiqui More than 7,000 books of different ...
END_OF_DOCUMENT_TOKEN_TO_BE_REPLACED