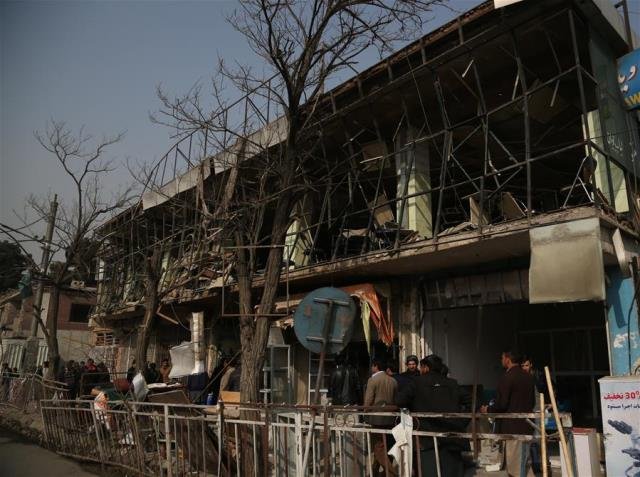 The deadly suicide attack conducted by Taliban outfit in downtown Kabul on Saturday that claimed nearly 100 lives and injured more than 160 others has shocked Afghans from all walks of life and sent a message of more attacks expected, Afghan observers say.

The deadly attack organized by Taliban militants on Saturday is not the first and will not be the last one, analysts say, believing that the hardliner armed group like the past years would continue to target Afghans in the future.

“Taliban militants by conducting such deadly offensives in the capital city Kabul and killing dozens of people, from one hand want to demonstrate their ability of organizing bloody attack and from the other, want to lash at the ongoing peace efforts,” political analyst Nazari Pariani told Xinhua on Sunday.

About a week ago on Jan. 20, Taliban militants stormed the luxury Intercontinental Hotel which has been frequented by foreigners and Afghan officials, killing 22 people including 14 foreigners and injuring over a dozen others.

Four U.S. citizens including an electoral campaigner of U.S. President Donald Trump have reportedly been among those killed.

Increase in Taliban militants’ deadly attacks is taking place amid increase in the number of U.S.-led coalition forces in Afghanistan and mounting military crackdown on the armed insurgents elsewhere in the war-torn country.

Amid military pressure on militants, both the Afghan government and U.S. administration have been calling, some in warning tune, upon Taliban militants to give up fighting and join the peace process to find a negotiated settlement to the country’s lingering crisis.

“Another dimension of the Taliban deadly attack in Kabul on Saturday is to expose the security lapse of security organs and defame the government at the eyes of its citizens,” Pariani, who is also editor-in-chief of the leading newspaper the Daily Mandegar observed.

Launching the complex attacks by militant group in Kabul, according to Pariani, can also demonstrate the complexity of the “proxy war” in Afghanistan and the “disability of security apparatus” to tackle the challenge.

“The recent attacks in Kabul, specially the Saturday’s bloodiest one which took the lives of some 100 people shows the extreme weakness of our security departments to identify terrorist threats and foil them before reaching their targets,” university professor Abdul Qahar Sarwari told Xinhua.

According to Sarwari, the aim of Taliban by organizing deadly terrorist attacks is to “maneuver their military might” from one hand, and from the other hand, to defame the establishment at the eyes of people and wants to give the message that the “government is unable to protect its citizens.”