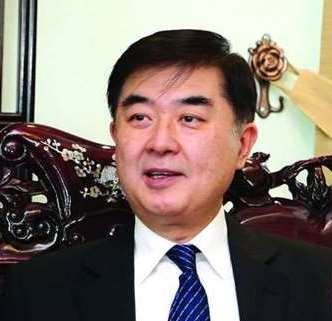 Ambassador Li Chen, Envoy of People’s Republic of China to State of Qatar has expressed his deep appreciation on significant role played by State of Qatar in the regional and international affairs. He lauded Qatar’s achievements in all fields of development, including infrastructure, economy, healthcare, etc.

In a statement to Qatar News Agency (QNA) on the occasion of the National Day, China’s ambassador praised Qatar’s stability, security, safety and prosperity under the wise leadership of Emir of State of Qatar, Sheikh Tamim bin Hamad al-Thani, wishing Qatar continued progress and prosperity and the people of Qatar further prosperity and happiness.

On behalf of his country, Chinese leadership, the government and Chinese people,  ambassador Li Chen extended congratulations to the Emir, Father Emir Sheikh Hamad bin Khalifa al-Thani, Deputy Emir Sheikh Abdullah bin Hamad al-Thani and  the government expressing his admiration for the people of Qatar who are proud of their country and leadership.

Chinese envoy praised the efforts of people of Qatar and on it’s promising future in the guidelines of  ‘National Vision 2030’.

He said that China is closely following the situation in the region and believes that the stability and harmony of the Gulf region is in the fundamental interest of the countries of the region. He refreshed his country’s support to the mediation efforts undertaken by the State of Kuwait and stressed on political and diplomatic solution to the Gulf crisis, and the parties concerned to abide by the rules of international relations and their obligations.

Chinese envoy to Qatar also stressed on the importance of the Gulf Co-operation Council (GCC) as a regional organisation that succeeded in settling many of the differences previously, hoping that the parties of the crisis will be able to manage the differences and find a solution within the framework of the GCC.

Ambassador Li Chin in his statement said that  Chinese-Qatari strategic partnership has witnessed continuous and rapid development, and the co-operation between the two countries has achieved fruitful results in all fields.