Qatar Charity Reveals Its Record in Cooperation with International Agencies 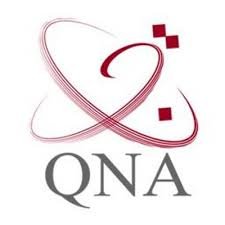 The Qatar Charity (QC) has revealed that the number of cooperation and partnership agreements it has signed with United Nations organizations, agencies, humanitarian organizations and international and regional donors reached 93 agreements , with cooperation amounting to more than US $ 126.3 million.

A report issued by the QC said that these figures reveal its keenness on partnership and cooperation and show the scale of programs and projects implemented across the world through partnerships with United Nations agencies and other international organizations.

The reported said this cooperation is concentrated on the main bodies, the most important of which are 8 of the United Nations agencies and organizations with 70 agreements at a total value of $28.2 million , the Islamic Development Bank with $ 82.8 million and the Islamic Educational, Scientific and Cultural Organization (ISESCO) with $7.38 million .

The report also showed QC cooperation with other international organizations, such as the International Medical Corps, at a total value of $ 2.74 million for the health sector in Syria, Central Africa, Sierra Leone and Somalia in 2014-2015 and with the British Orbis organization in the field of Fighting Blindness in Bangladesh 2015.

More than half a million dollars in cooperation with the US Office for the Coordination of Foreign Disaster Assistance (USAID) in Pakistan’s Water, Sanitation and Economic Empowerment Project 2010 and the Bill & Melinda Gates Foundation in 2013 and Care International Care In the area of livelihoods in Sudan and the Norwegian Refugee Council (NRC) of $ 4 million in 2009 as well as an agreement focused on cooperation in livelihoods and the Kanoute Foundation through a memorandum of understanding in the field of health sector in 2016.

The report also referred to the cooperation with the UAE Red Crescent through a memorandum of understanding for the relief of Iraq in 2009 and Medecins Sans Frontieres (MSF) through the MoH and Mosaic UK, where an agreement was signed in the field of social welfare.

The cooperation between Qatar Charity and the Islamic Development Bank included countries such as Syria in the field of education for displaced children and refugees and the provision of educational curricula for them and Palestine, especially the reconstruction efforts of the Gaza Strip in the areas of health, education, infrastructure and social housing for poor families.

In 2014 and 2015, Qatar Charity cooperated with ISESCO, covering several areas such as education, culture and economic empowerment in a number of African countries.

Regarding the cooperation with the United Nations High Commissioner for Refugees (UNHCR) and Qatar Charity, it amounted to $ 5.49 million from 2000 to 2017. It included water and sanitation agreements in Kosovo, relief, water and sanitation in Pakistan, relief to Yemen, relief to Myanmar, repatriation of displaced Somalis, Malaysia relief and Iraq relief .

QC cooperation with the International Organization for Migration (IOM) focused on the relief of Lebanon in 2007 which at a cost of $ 0.3 million as well as the signing of a global cooperation agreement in 2016.

QC cooperation with FAO amounted to $ 7.8 million from 2009 to 2017, and included the agriculture sector in Somalia, Pakistan and food security in Niger.

The cooperation between Qatar Charity (QC) and the United Nations Children’s Fund (UNICEF) reached more than $ 5.2 million between 2009 and 2016 in areas of social welfare in Somalia, water and sanitation in Pakistan (more than one agreement), according to the report.

Qatar Charity (QC) and the United Nations Office for the Coordination of Humanitarian Affairs (OCHA) signed an international cooperation agreement on exchange of expertize in 2009. QC also collaborated with the United Nations Development Program (UNDP) on economic empowerment in Palestine and Indonesia from 2009 to 2012 and livelihoods in Sudan in 2017 with a total value of $ 2.35 million.

QC cooperation with the United Nations agencies included the United Nations Relief and Works Agency for Palestine Refugees in the Near East (UNRWA), with two agreements for the health sector signed in 2013 at the level of the Gaza Strip worth $ 2 million.

Qatar Charity operates in 48 countries across the world and has 26 field and regional offices outside Qatar.