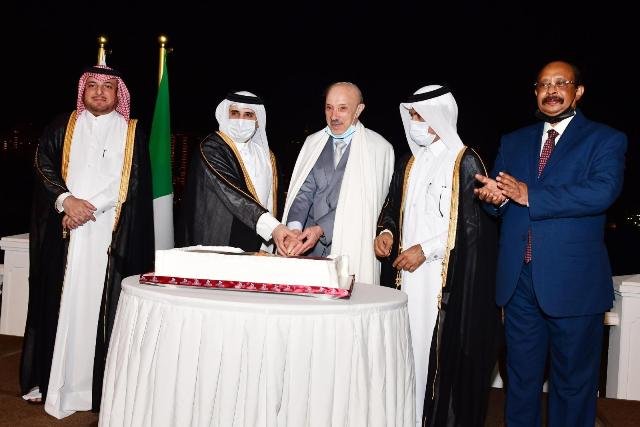 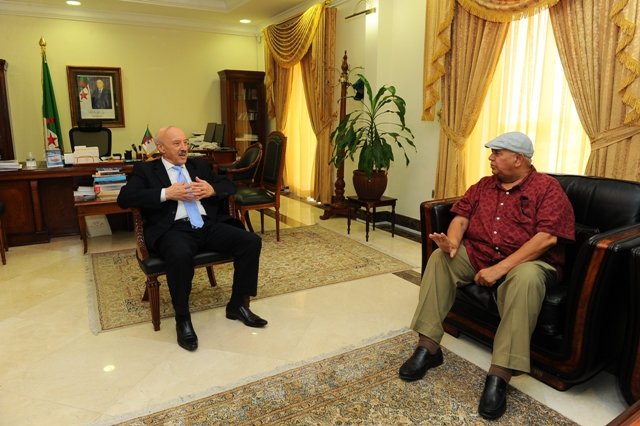 Algerian envoy, Dr. Mostefa Boutora in his address described the bilateral relations between Qatar and Algeria as “fraternal ties built on mutual
respect since the establishment of diplomatic relations in 1972”. He said that the relations are based on several common components that contributed to its development, adding that political consensus between the two countries is marked by continuous consultations and frequent contacts between the two leaders.

The envoy said Algeria’s glorious revolution of November 1, 1954 put an end to 132 years of colonial injustice and tyranny in the country and was recorded by history as the greatest revolution in the 20th century, with the enormous sacrifices made by the Algerian people with more than 1.5 million
martyrs. He added that Algeria gained its freedom from colonialism after sacrificing over 10 million lives.

He said, since it’s independence, Algeria has made numerous achievements in various areas, including education, employment, health, housing and infrastructure, following a master plan, in addition to achieving social justice and addressing the implications of the mass destruction at the hands of the French colonial agents.

Talking about bilateral trade and investment, he said there are opportunities for numerous joint investments in all sectors, pointing out that some of the joint ventures recently completed in Algeria in sectors like industry, agriculture, real estate and services. He said that ‘Ooredoo Algeria’
ranks third nationally with over 13 million customers while Algerian Qatar Steel Company with joint investment of about $2 billion will be producing about 5 million tonnes of steel annually in the region of Bellara, Jijel State in the eastern part of Algiers.

The envoy added that Algeria-Qatar bilateral trade volume in the first 10 months of 2019 reached $45.49 million.

He said hosting the 2022 World Cup by Qatar is a matter of pride for Arabs. “We have great confidence in Qatar’s ability to make this global sporting event a success as Qatar has been able to accomplish huge projects under the guidance of HH the Amir. This indicates that the country is deservedly eligible to organise an impressive tournament. Algeria is willing and ready to provide any possible assistance for the success of this great and
wonderful event,” he said.

The diplomat hoped that Algerian national football team qualifies for the tournament and participates in making it a memorable outing on a sisterly
land. He appreciated Qatar’s role in resolving regional and international conflicts through dialogue, describing it as an ideal way for disputes
settlement. He said Qatar has proven its ability to overcome the impacts of the ongoing blockade at all levels and has turned the boycott into an opportunity to diversify and reinforce its economy.

On measures taken by Qatar to combat COVID-19 pandemic, Dr Boutora expressed satisfaction in the steps taken by the government based
on its integrated health system and community senisitisation.