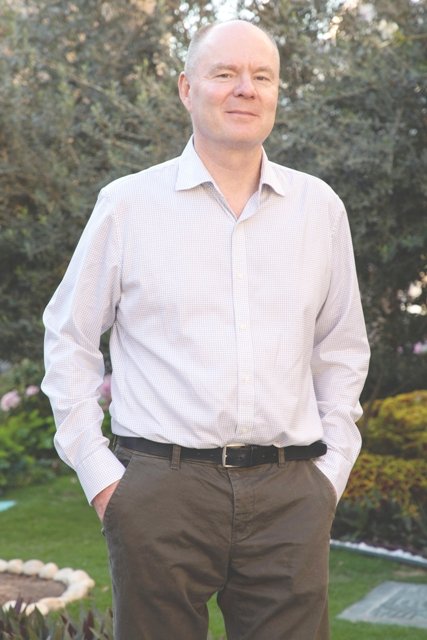 SInce Sweden opened its embassy in Doha in 2014, relations between Qatar and Sweden have expanded significantly, Sweden’s envoy to Qatar He Anders Bengtcen has said.

In his exclusive interview with Qatar Tribune, he said, “We have intensified our bilateral dialogue and also signed an MoU with Qatar last year on holding annual political consultations. In January this year, Sweden, Qatar and ILO signed an MoU on cooperation in the areas of health and safety at work and corporate social responsibility.”

Sweden, the envoy said, lauds the recent announcement by the Amir of Qatar His Highness Sheikh Tamim bin Hamad Al Thani for holding elections for the Shura Council in October next year.

Talking on Qatar’s role on regional and international issues, he said Qatar has an established and well-deserved reputation in humanitarian assistance and peace mediation. “The ongoing negotiations in Doha on the future of Afghanistan is an important example of the significant role Qatar is playing in this respect,” he noted.

Qatar, he said, has the capacity and interest in bringing together and providing platform to international researchers, scholars, religious leaders and youth to exchange their experiences and views, which is highly commendable.

He said Qatar has wisely handled the challenges from the blockade as well as as the COVID-19 pandemic. “Measures taken to control the pandemic have significantly reduced the infection rate and the second wave that many other countries are experiencing has so far been prevented,” he said.

“The challenges from the blockade were turned positively into opportunity. Qatar turned its food requirements into self sufficiency especially dairy products and poultry. By using smart solutions, the local production of vegetables and fruits has also increased significantly,” he pointed out.

Talking about the bilateral trade relations, the envoy said, “It’s almost doubled from 2015 to 2019, reaching around QR2.6 billion”.

The envoy said that Swedish companies are contributing towards the development of Qatar especially in high-tech areas. “Both countries share an interest in high technology and innovation. Recently, with Qatar Foundation as our main partner, we arranged two hybrid webinars on Precision Medicine and Artificial Intelligence. Twenty-four experts from Sweden and Qatar representing industry, government agencies, universities and hospitals participated as speakers.

We hope that the exchange will lead to increased cooperation in these two fields where both our countries devote considerable resources and see significant opportunities.

”On cultural relations, he said that by practicing preventive health and safety measures, Sweden, together with eight other embassies in cooperation with the Ministry of Culture and Sports, is organising the European Drive-In Film Festival from this Thursday until Saturday.

“During three nights, nine films from our respective countries will be shown to Qatari audience. Sweden has been entrusted with the task of implementing the Festival and we are looking forward to an event which is Covid-safe while at the same time reaching a large audience and create a sense of togetherness.”

Commenting on Qatar hosting the mega sport event of FIFA World Cup, the Swedish envoy said he was impressed with the preparations for the World Cup adding he was sure the event would be a great success.

On cooperation and support in sports, he said that at the beginning of this year the Swedish national soccer team spent a few weeks in Qatar for training and practicing. The team also played several friendly games. “The team was very pleased with all the arrangements. I hope that the Swedish national team will qualify and many Swedes will come here to watch the matches and experience Qatar”.

Qatar, the envoy noted, “is a very attractive destination for golfers from Sweden to come during winter, and it’s a comfortable 5-6 hours of flight. I hope that with the pandemic coming to an end in next nine-10 months, this could be revived.

Praising Qatar’s role in area of culture, Bengtcen, who himself has deep passion in history and natural sciences, said he was impressed with the exhibition of natural and cultural heritage by Qatar through its museums and Katara Cultural Village. “It seems Qatar has ambition to showcase its past and present to the international public, which is commendable”.

The envoy said, “I will call Doha as a hub when we talk about air traffic. People from Sweden have been using Doha as transit point before the pan-demic and staying for 2-3 days on their way to their destination/s. I have noticed an increase in Swedish passengers.”

He said around 500 Swedish citizens are working in Qatar, mostly highly qualified professionals who are serving in a broad range of sectors.