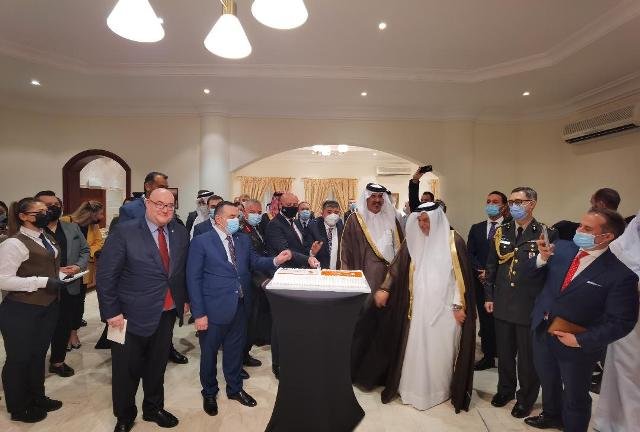 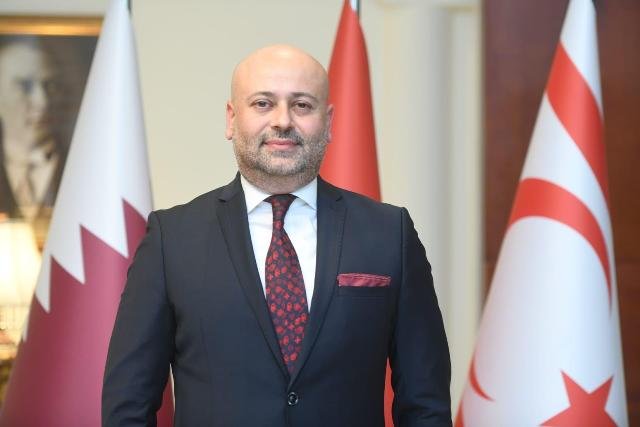 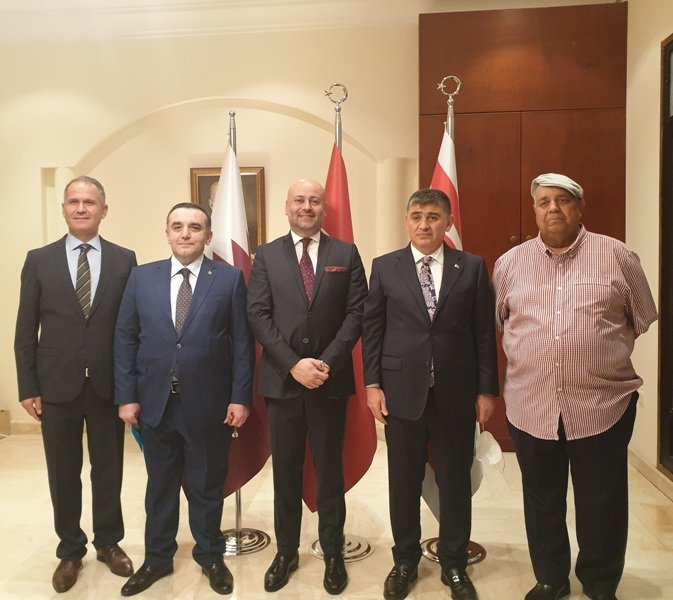 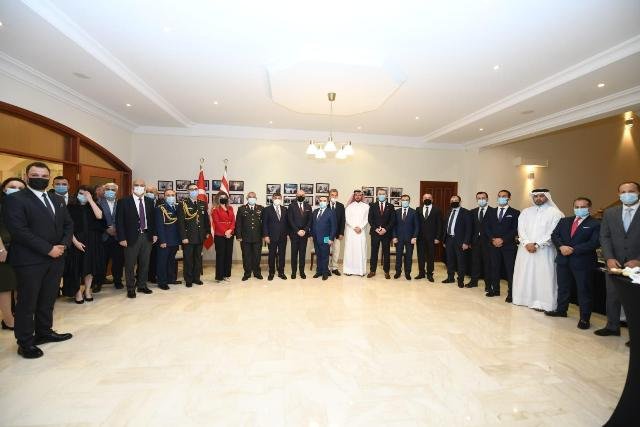 TRNC Representative to State of Qatar Mustafa Guven hosted recently a reception marking 37th anniversary of proclamation of Turkish Republic of Northern Cyprus (TRNC). Present on the occasion were Mustafa Goksu, ambassador of Republic of Turkey;  Rashad Isdmailov, ambassador of Republic of Azerbaijani; Mohammed bin Ahmed Tawar AlKuwari, First Vice President, Qatar Chamber of Commerce (QCC); Mohammed bin Ahmed Al Obaidly, Member of the QCC Board of Directors; Ahmed Ahn, Director, International Cooperation Department, Ministry of Trade and Industry; members of the business community and guests.
Mustafa Guven in his address on the occasion said that relations between State of Qatar and Turkish Republic of Northern Cyprus (TRNC)  since opening of TRNC representation office in 2008, have been growing day by day, and proceeding on a steady and positive path in all fields including commercial, economic, cultural and education.
He said that three foreign ministers of TRNC have visited Qatar so far, in addition to delegations of Chamber of Commerce and Universities/Colleges.
He said that Turkish Republic of Northern Cyprus enjoys many promising investment opportunities after extending a water pipeline from Turkey, which enhances investment opportunities in the agricultural sector and related industries, in addition to the tourism and energy sectors.
Talking on possible cooperation and joint projects between Qatar and TRNC, he said that although there is close cooperation and communication in three main sectors, namely, education, tourism, and real estate, however, tourism, education and real estate sectors are promising areas for investors.
He said that a good number of students from Qatar are studying in the universities of The Turkish Republic of Northern Cyprus, by adopting the English language. Over a thousand students from Qatar continue their education in the TRNC which has 20 internationally accredited universities. .
Guven said that the Turkish Republic of Northern Cyprus was able to attract investors to the country by developing the tourism and education sectors.’ There are 500,000 people living in the country. 280,000 of them are local residents, 120,000 are foreign students and 125,000 are expatriate workers, he added.
Talking on TRNC tourism industry, he said that TRNC has attractive and historical monuments dating back to the Roman and Ottoman era as well as open sandy beaches preserving it’s natural state. Moreover, due to its distinguished geographical location, an hour and a half away from Istanbul, which can be very attractive for Qatari families to spend their vacations.
He said that ‘Thanks to competitive and attractive prices, which has attracted large number of nationals from European and Arab region to have their homes for living and as investment in real estate’, he added.
He said that TRNC has 26 representative offices abroad. There are more than 200 citizens of the Turkish Republic of Northern Cyprus living in Qatar and work in the fields of education, banking, finance, engineering, and communication,” he noted.
November 20, 2020 / Current Affairs