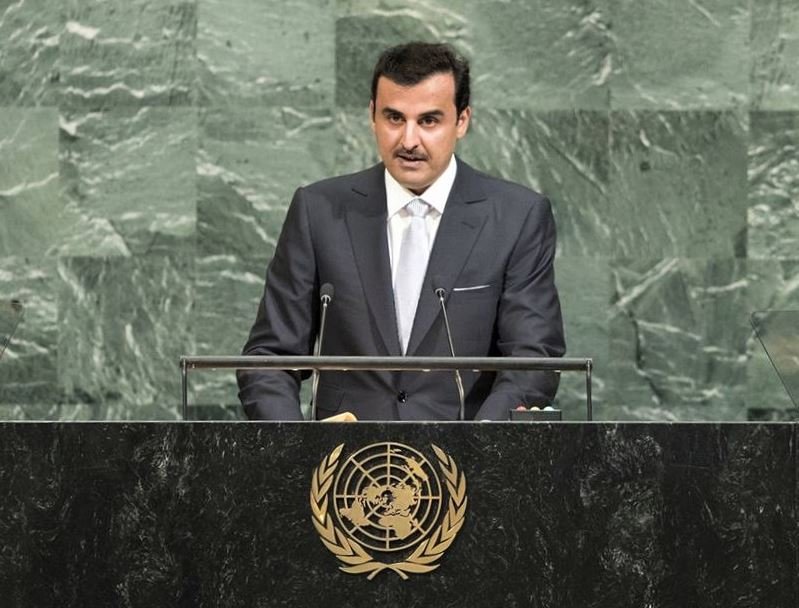 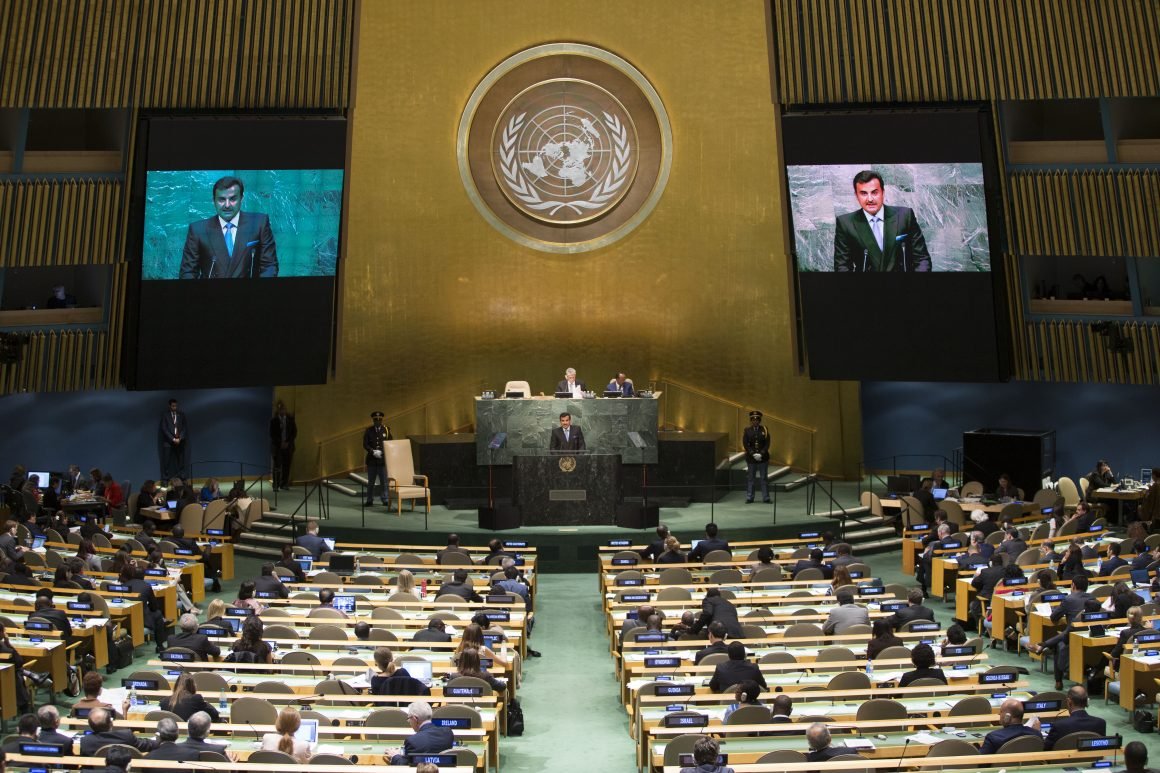 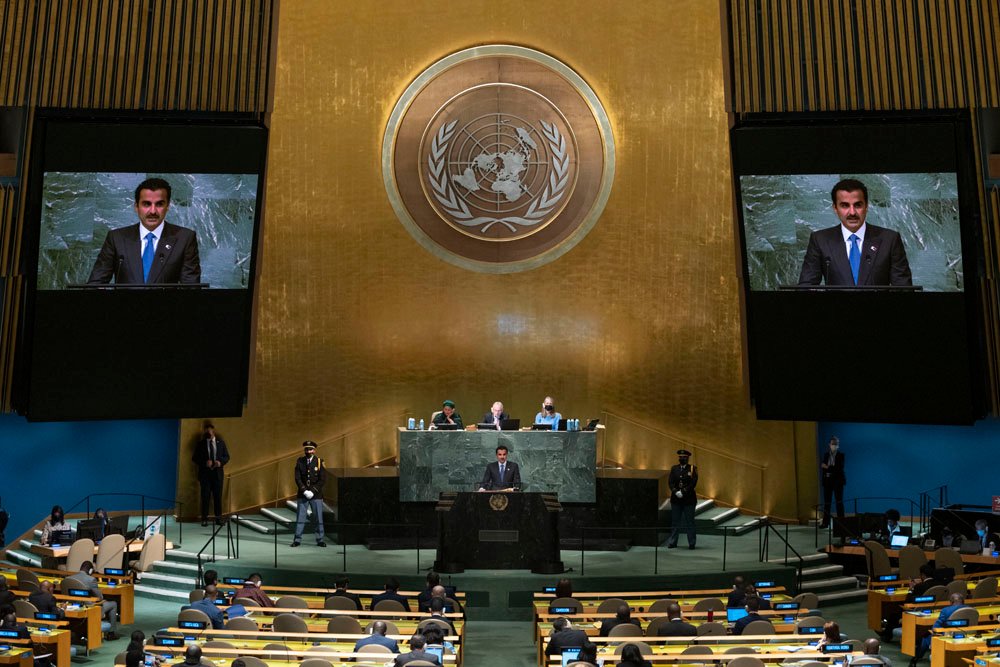 Amir of State of Qatar, Sheikh Tamim bin Hamad  Al Thani, took part in the 77th session of the United Nations General Assembly on 20 September 2022. During the opening session, the Amir delivered a speech in which he addressed several international issues.

He called for an urgent ceasefire between Russia and Ukraine and the immediate pursuit of a peaceful resolution to the conflict, stressing that prolonging the war will not change its outcome.

The Amir also addressed the Palestinian issue, reiterating the need for the Security Council to take its responsibility and put an end to the occupation of Palestinian lands and oversee the establishment of a Palestinian state on the 1967 borders, with East Jerusalem as its capital.

Speaking about the Syrian situation, he said that the international community had failed to hold war criminals accountable for the crimes they perpetrated. Not only that, but “some are seeking to turn the page on the tragedy of the Syrian people” without accountability.

Addressing the Libyan crisis, Amir of Qatar called for immediate international action to conclude the political process, agree on a constitutional basis for elections and unify state institutions.

He noted a glimmer of hope in Yemen through the agreement of the parties to a temporary truce, expressing his aspiration for a comprehensive ceasefire in preparation for negotiations between the Yemeni parties based on the outcomes of the National Dialogue, the GCC Initiative and relevant Security Council resolutions, especially Resolution 2216.

Additionally, he addressed Iran in the context of the nuclear deal, stressing that the State of Qatar believes in reaching a just agreement that takes into account the concerns of all parties.

On Afghanistan, he called on all parties to build on the outcomes of the Doha Agreement.

Amir of Qatar said, “By virtue of Qatar’s investment in liquefied natural gas decades ago, we have now been able to embark on the expansion of the North Gas Field, which will play a pivotal role in mitigating the energy shortage crisis in significant parts of the world.”

He stressed that the approach adopted by the State of Qatar is based on focusing efforts on realising national and human development for its people, and on a foreign policy predicated on balancing interests and principles and on mediation to resolve disputes through peaceful means.

Regarding the hosting of the FIFA World Cup Qatar 2022, Amir of Qatar said that Qatar looks forward to welcoming people from around the world in November of this year, highlighting the determination, planning and hard work that have been put in while taking up this challenge.

He stressed that this tournament, which is being held for the first time in an Arab and Muslim country, will help the world realise that small and medium-sized countries are also able to host global events with exceptional success.

Amir of Qatar concluded his speech by saying, “I invite you all to come to Qatar and enjoy this unique tournament, you are all welcome.”

Doha, 24 Sept. 2022 (QE) QatarEnergy announced that it has selected ...
END_OF_DOCUMENT_TOKEN_TO_BE_REPLACED