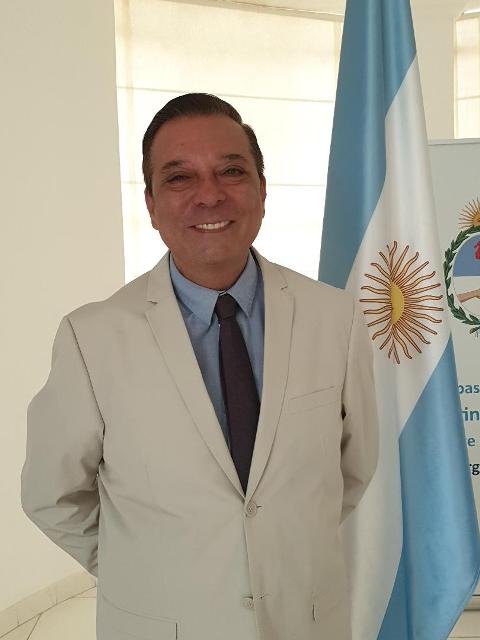 Outgoing Ambassador of Argentina HE Carlos Hernandez has described Qatar as a great example in promoting global humanitarian works, education, research, sports, and uplift of underprivileged societies in various regions through its contributions to the UN and other international organizations.

Speaking to Qatar Tribune, HE Hernandez said Qatar was one of the first countries to extend help to the needy countries during the COVID-19 pandemic, and praised Qatar Airways for its support and help in transporting stranded Argentine nationals at various airports back to Buenos Aires.

Talking about the bilateral relations between Argentina and Qatar, he said his tenure of two years and five months witnessed the state visit of the Amir His Highness Sheikh Tamim bin Hamad Al Thani to Buenos Aires in October 2018, which strengthened the close relations between the two
countries as a number of memoranda of understanding (MoUs) and agreements were signed.

He said the period also saw the visit of Foreign Minister of Argentina, two visits of Argentine vice-president and a number of commercial visits.

The envoy said that before his posting, there were only about two bilateral agreements between the two countries, adding that during his tenure around 45 MoUs and agreements were initiated, some of which have been signed while six or seven are ready for signing but delayed due to COVID-19 He added that some agreements are under discussion and at various stages with the hope to get finalised soon.

In the trade and investment sector, the ambassador said a number of Argentine products, including meat, fruits and vegetable are available in Qatari market.

He said Qatar Petroleum, as part of a consortium, has handsome investment in Argentina as it has exploration agreements in the northern part and western basins of the country.

He said the governor of Misiones Province, home of Iguazu Water Falls system, the South American wonder of the world, will be visiting Qatar to discuss investment opportunities and promote Iguazu Water falls.

He said Argentine TV and radio anchor Flavio Azzaro, who was in Qatar as part of his year-long world tour, will, on his return home by December 2020, produce a special documentary on Qatar’s preparations for FIFA World Cup 2022 for football lovers in Latin American states.

Hernandez described his family as being lucky to come to Qatar as they made the best of friends in the country, adding that he and his wife will be carrying great memories to cherish for life. “In Qatar, I have discovered a new world, which seems like a world for the present and future and I am
very happy that I was posted here,” he said.

He praised the leadership and people of Qatar for the way they managed the blockade and COVID-19 crises successfully.

Doha, 24 Sept. 2022 (QE) QatarEnergy announced that it has selected ...
END_OF_DOCUMENT_TOKEN_TO_BE_REPLACED