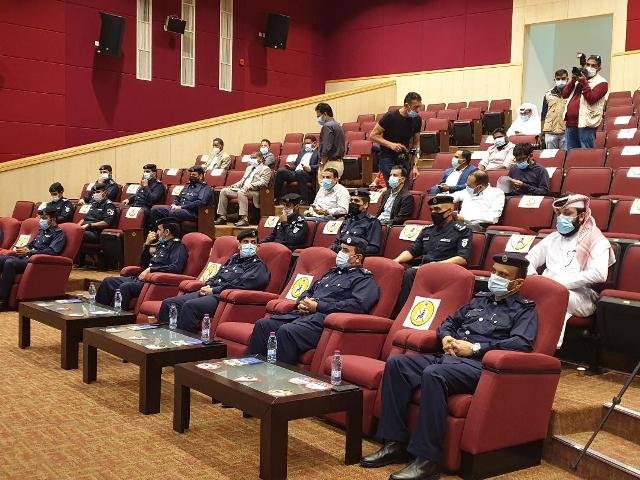 The Ministry of Interior (MoI) on Monday launched an awareness campaign for the 2020-2021 cam-ing season. Under the slogan ‘Camp Safely’, the campaign aims to enhance full awareness of security and safety measures to protect lives and property and to ensure an accident-free camping season.

At a press conference on Monday, the General Directorate of Traffic announced the details of the awareness campaign and its objectives for the winter camp, which attracts hundreds of families annually.

Director General of Traffic Brigadier Muhammad Abdullah Al Shahwani said the awareness campaign aims to enhance security during camping in general to achieve safety for the campers and visitors. He said the department and all participating parties will intensify their efforts to serve the campers, citizens and visitors in the Sealine area and all camping places such as North, Al Khor, Al Wakra and other beach resorts.

He said a committee was formed to plan, supervise and folllow up to ensure a safe camping season. He called on everyone to adhere to the procedures and rules for camping, especially those related to traffic rules and regulations. He praised all concerned ministries and partners for their support and cooperation for meeting the objectives of the campaign.

Lt Col Muhammad bin Jassim Al Thani, Head of the Southern Traffic Department said the committee has developed an executive plan to deal with traffic accidents and to raise the level of traffic safety in the Sealine area.

WHEN asked why so much emphasis is placed on Sealine Resort, he said the resort is very popular with visitors and campers. He said there are strategic objectives for the Traffic Department to deal with accidents, pointing out that an operational plan has been developed to raise the level of traffic safety in the Sealine area.

He said the committee has begun implementing the plan, which includes an intensified traffic patrols on the tracks leading to camping points, deputing patrols to monitor violations and track unregulated practices that may cause traffic offences. There are also plans for traffic movements in the southern region.

He said about 50 percent of the patrols are equipped with speed radars. He said the Traffic Department will not tolerate traffic violations and will strictly monitor the implementation of all identity requirements of young people, as well as the issue of renting out motorcycles to children.

He called on parents to adhere to the conditions for renting, especially with regard to choosing the appropriate bike for children. He said more than 150 vehicles were seized in sealine area last week for violations.

Captain Abdul Wahid Al Enezi from the Traffic Awareness Department said the administration has prepared a vehicle dedicated to traffic awareness equipped with the latest technologies, adding that awareness messages will be broadcast and leaflets with the guidelines will be distributed among young people.