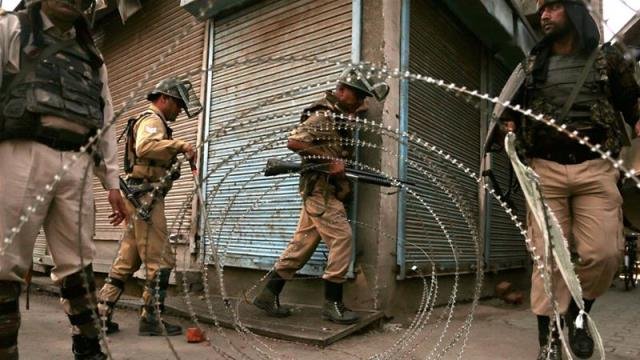 Indian troops have killed at least three suspected suspected fighters in a gun battle in Indian-administered Kashmir, officials say, in an incident that has led to another round of protests.

Fighting erupted in the divided Himalayan region after government forces raided a cluster of homes on a tip that the fighters were hiding in northwestern Sopore area, Muneer Ahmed Khan, police inspector-general, said on Saturday.

He said that as the soldiers began searching homes, they came under gunfire from the fighters.

A police statement said the men belonged with the Lashkar-e-Taiba group. Police on Tuesday had killed one of the group’s senior Kashmir leaders,  Abu Dajana.

As the news of the latest killings spread on Saturday, thousands protested and clashed with police in several parts of the region as residents chanted slogans against India and in favour of the fighters who have fought against New Delhi’s rule since 1989.

Tension has grown over the past week, with at least 10 fighters and four civilians killed in gun battles and in protests.

Two Indian army soldiers were also killed in an ambush by fighters.