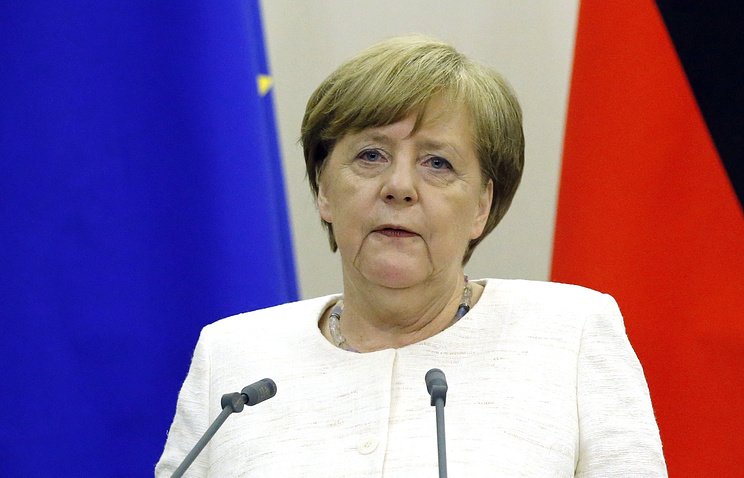 Russian President Vladimir Putin and Prime Minister Dmitry Medvedev have held a brief conversation in Russian with German Chancellor Angela Merkel while welcoming the German delegation that had arrived for talks to Putin’s Sochi residence. The footage was broadcast by the Rossiya 24 TV channel.

Putin met Merkel at the entrance to the residence and presented her with a bouquet of cream-colored roses, freesias and other flowers in pastel colors. Medvedev, who had earlier held a meeting with Putin on the composition of the country’s new cabinet, also welcomed the German chancellor.

The German chancellor shook hands with Medvedev and congratulated him on forming the cabinet. The Russian prime minister replied that “it is capable, ready to work.” “So we are looking forward to contacting [the German government],” he added, addressing Merkel.

It is necessary to launch political process in Syria and Germany is ready to promote it, German Chancellor Angela Merkel said on Friday at a news conference after talks with Russian President Vladimir Putin.

“Political process is badly needed and it must be launched,” she said. “We are set to support these efforts.”

“Generally, the situation in and around Syria is very tense and serious efforts are needed for political talks,” she stressed.

The German chancellor said she was concerned over a decree saying that those Syrians who failed to claim their right to property in Syria in a certain timeframe would lose it.