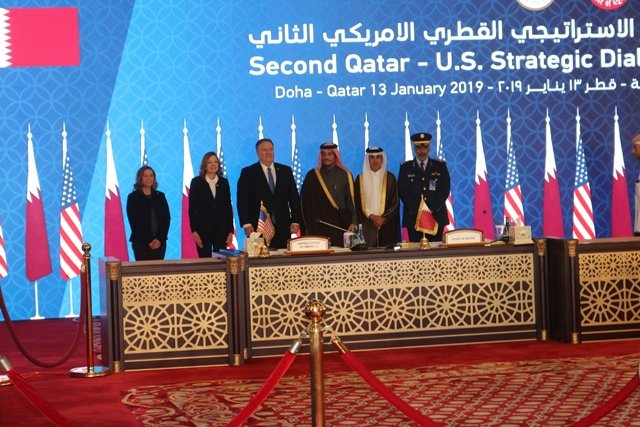 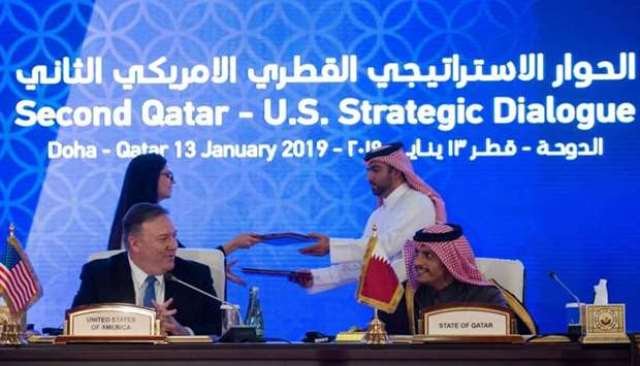 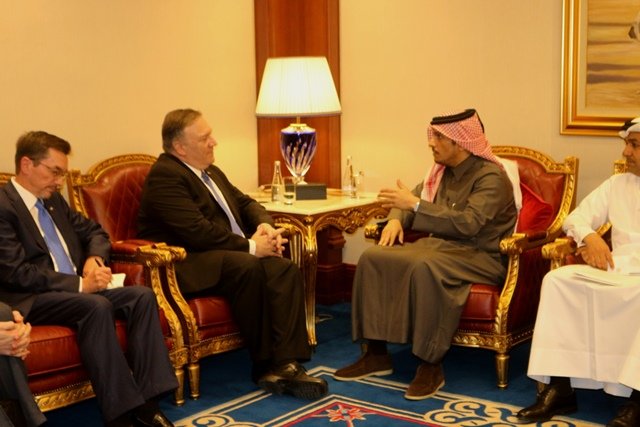 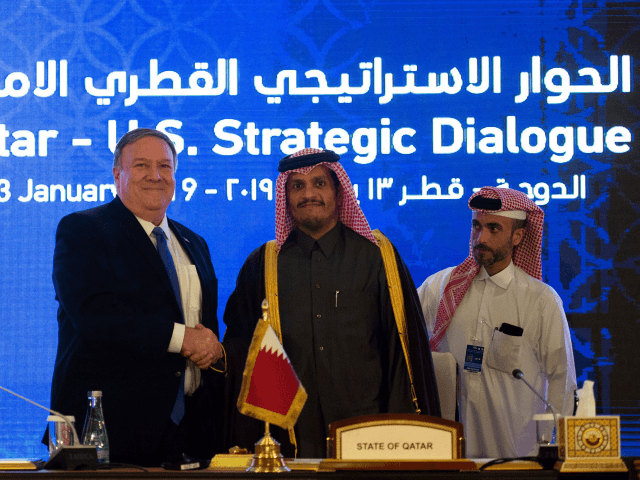 US Secretary of State Mike Pompeo arrived in Doha Sunday to lead his country’s delegation to Second round of Qatari-US Strategic Dialogue held today at the Hotel Sheraton Grand Doha.

He was received upon arrival at Doha International Airport by Dr. Ahmed bin Hassan Al Hammadi, Secretary General, Ministry of Foreign Affairs and by William Grant, Charge d’Affaires at US Embassy, Qatar .

The visit comes just three months after the murder of renowned  Saudi journalist Jamal Khashoggi while he was visiting Consular Section of Saudi Consulate, Istanbul for processing of some documents.

Secretary of State Michael R. Pompeo first visited Amman, Cairo, Manama, and Abu Dhabi before arriving today in Doha.  He will be going to Riyadh, Muscat and finally to Kuwait during his current tour started on 8th of January till 15 January 2019.

‘Its my first visit to Qatar in capacity of US Secretary of State, however, I have been here earlier also’, he said in his opening remarks on the occasion of signing of couple of MOUs along with Sheikh Mohammed bin Abdulrahman AlThani, Deputy Prime Minister and Foreign Minister of State of Qatar.

It is to note that Qatar is under siege since June 2017, almost over 18 months by the neighboring state of Saudi Arabia, Bahrain, UAE and Egypt.

“It is time for old rivalries to end for the sake of the greater good of the region,” Pompeo said on Thursday in Cairo, where he laid out the Middle East strategy of US President Donald Trump’s administration.

Mike Pompeo met with Mohammed bin Zayed , Crown Prince of Abu Dhabi on Saturday. He will be meeting with Saudi leadership in his next leg of visit.  Talking to media in Abu Dhabi, he said  ‘I believe that there is a path forward where there’s a set of common understandings’.  However, ‘It is complicated to put together, make no mistake about it, because we’re talking about a complex agreement among a number of nations where we’re asking for significant commitments from them’, he said.

Attempts at mediation have stalled, as highlighted by the recent resignation of US envoy Anthony Zinni – who quit because of an apparent “lack of will” on behalf of “regional leaders” for regional reconciliation.

For Washington, turning the page on the crisis is essential for the successful launch of the Strategic Alliance of the Middle East (MESA), which is a NATO-style security pact that includes Gulf countries as well as Egypt and Jordan.

“Today, we ask each of those countries to take the next step and help us solidify MESA,” Pompeo said in Cairo.

As per US Embassy earlier press release on the visit of US Secretary of State, it said that during his visit to Riyadh, the Secretary will meet with Saudi leaders to discuss key bilateral and regional priorities, including Yemen, Iran, and Syria. The Secretary and Saudi leaders will discuss ways to continue bolstering UN Special Envoy Martin Griffiths as he works toward a comprehensive political agreement among parties to end the conflict and realize a brighter future for Yemen. The Secretary also will seek an update on the status of the investigation into the death of journalist Jamal Khashoggi.

In Muscat, the Secretary will meet with Omani leaders to discuss ways to promote peace throughout the region, including in Yemen, and build upon the strong U.S.-Oman partnership. The Secretary and Omani leaders will discuss the Middle East Strategic Alliance and the importance of a united GCC in advancing the peace, prosperity, and security of the region.

The Secretary will conclude his trip in Kuwait City, where he will lead the U.S. delegation at the third U.S.-Kuwait Strategic Dialogue, which will focus on many new areas of cooperation, including defense, cybersecurity, and strengthening economic ties. The Secretary also will meet with Kuwaiti leaders to discuss important regional issues, including the need for GCC unity and supporting UN-led efforts toward a comprehensive political agreement among parties to end the conflict in Yemen.