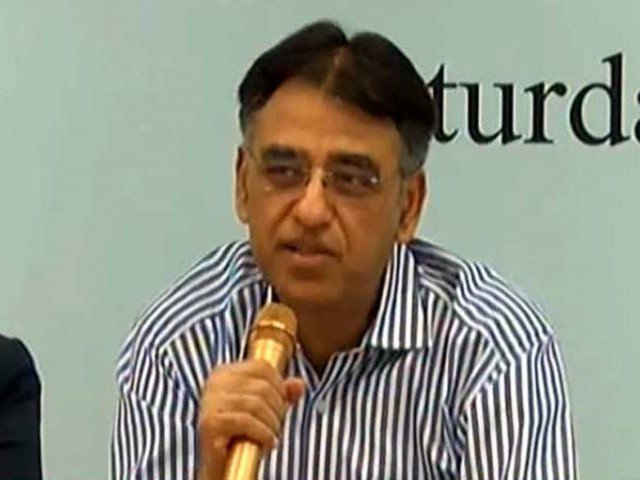 The upcoming finance bill will not impose any new taxes and will be focused on ensuring ease of doing business and incentivising savings, which will subsequently translate into investments, said Finance Minister Asad Umar.

Addressing businessmen during his visit to the Karachi Chamber of Commerce and Industry (KCCI), he announced that the mini-budget will be unveiled on January 23.

“Everyone is saying the mini-budget will be a bomb for the masses, I assure you there will be no new taxes,” he said.

The minister also addressed businessmen at the Federation of Pakistan Chambers of Commerce and Industry (FPCCI) during his visit to Karachi.

Umar said that in the 21st century the wheel of economy is set in motion by the private sector instead of governments.

Talking about the excess taxes and utility bills, he said the way previous governments dealt the economy made things worse in the country. He shared that the powers of the Federal Board of Revenue (FBR) will be withdrawn to disallow it to issue overnight regulatory duties through statutory regulatory orders (SROs) and changes in taxation policies will be subjected to parliamentary approval.

Sharing further plans made by his government to boost investments, Umar said the Pakistan Board of Investment (BOI) office is being set up in the Prime Minister House and the meetings will be chaired by the prime minister himself – highlighting determination to fix the ailing economy.

The finance minister lamented that Pakistan’s saving rate was lowest in the world, which ultimately meant there is no money for investment. He said the government is working to change this pattern by incentivising investments, and discouraging extravagant consumptions.

Talking about regional trade, he said it is the backbone of economic development in any country and South East Asia is an example of how regional trade can help overcome poverty.

Stressing on economy being their major point of focus, the finance minister said recently, the government held meetings to discuss economic diplomacy with ambassadors. He said today people see loans coming into the country, but in the next phase, they will see investments coming from foreign countries.

Umar lamented that the previous government had accumulated debt worth Rs2,000 to Rs3,000 billion on account of duty drawback of taxes (DDT), drawback of local taxes and levies (DLTL) and sales tax refunds to the private sector. “This is why the fiscal deficit is on a level of breaking ceiling.”

“After discussing with stakeholders, we have come to a conclusion that the government will issue one-third of the cash payment, while the rest will be paid through negotiable instruments by February 15,” he added.

He said that they were working on a policy to ensure that the central bank deals with duties, such as DLTL and DDT, itself and all the others players including; commerce ministry, finance ministry, textile ministry, will be eliminated so the decisions should be taken fast.