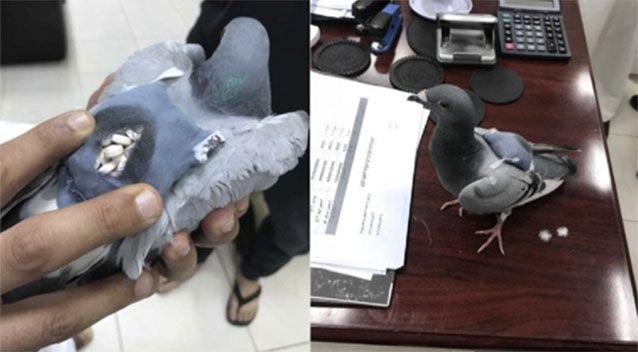 A pigeon has been caught trying to smuggle drugs into Kuwait, according to reports. Al Arabiya claims customs seized 178 pills wrapped around a homing pigeon.

Kuwait newspaper Al-Rai reported customs officers tracked the bird flying in from Iraq and caught it above a building near the customs’ department.

It’s not clear what type of pills the pigeon was carrying. It isn’t the first time a bird has been nabbed for smuggling narcotics.

In 2015 guards at a Costa Rican prison reportedly caught a bird flying cocaine and weed into the jail.