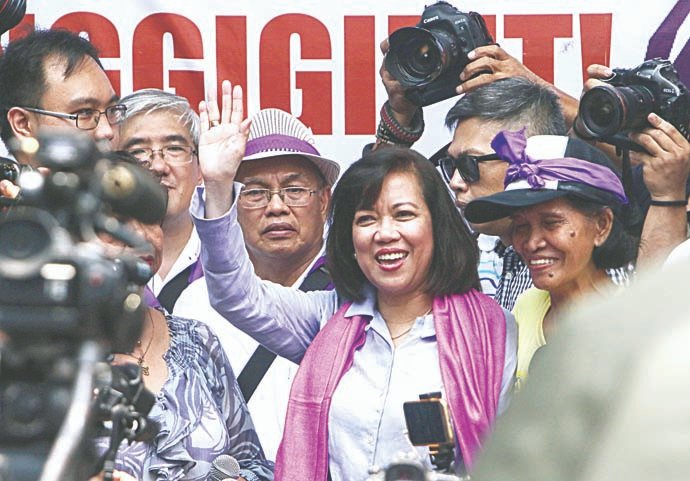 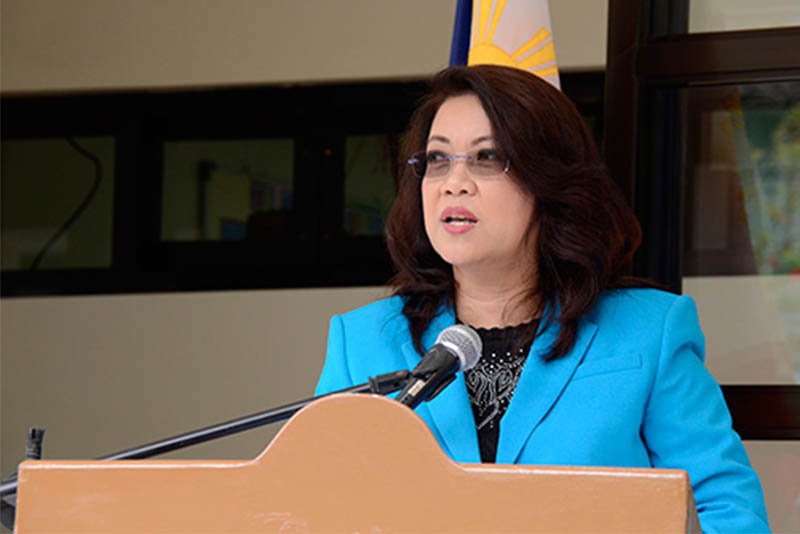 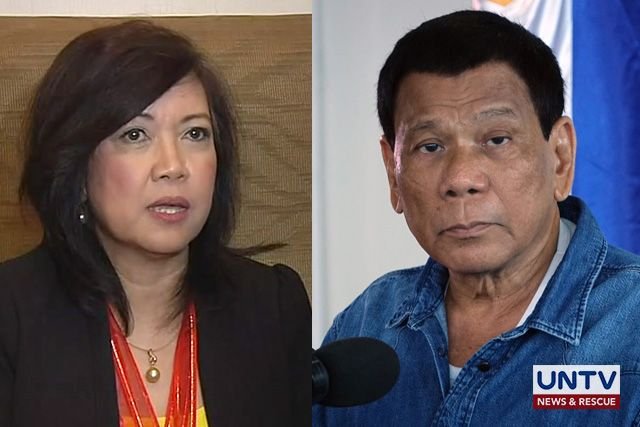 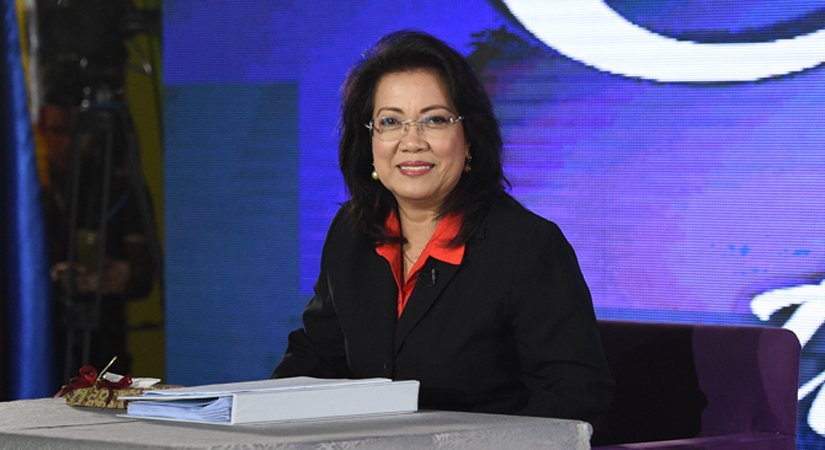 The Supreme Court (SC) on Friday issued an unprecedented decision that unseated its Chief Justice, a first since its creation in 1901, on a disqualification and ouster petition filed by government lawyers.

“The decision is immediately executory without need of further action from the court,” the SC said.

It said the position of Chief Justice is declared vacant and the Judicial and Bar Council (JBC) was ordered to start the application and nomination process.

Sereno’s lawyers said they will file a motion to reconsider the decision.

Legal circles said that with the ouster of Sereno, the six Articles of Impeachment now pending with the House Committee on Justice become moot and academic.

The dispositive portion of the SC decision:

“The position of the Chief Justice is declared vacant and the Judicial and Bar Council is directed to commence the application and nomination process.

“This decision is immediately executory without need of further action from the Court.

“Respondent Maria Lourdes P. A. Sereno is ordered to show cause within 10 days from receipt hereof why she should not be sanctioned for violating the Code of Professional Responsibility and the Code of Judicial Conduct for transgressing the sub judice rule and for casting aspersions and ill motives to the members of the Supreme Court.

The decision on the granting of the petition, a copy of which was not immediately available, was written by Justice Noel G. Tijam. Those who voted in favor of the quo warranto petition were:

Those who voted to deny the quo warranto petition were:

Justices Carpio, Del Castillo, Perlas Bernabe, Leonen, and Caguio voted against. It was not known, however, if they said the proper remedy is impeachment.

On the issue of whether or not Sereno violated the Constitution for her failure to file her statements of assets, liabilities and networth (SALNs), Carpio, De Castro, Peralta, Bersamin, Jardeleza, Martirez, Tijam, Reyes Jr., and Gesmundo voted that there was a violation.

The quo warranto case sought the disqualification and ultimately Sereno’s ouster for her failure to comply with the JBC’s requirements of filing 10-year SALNs when she applied for the chief justice post.

Solicitor General Jose C. Calida, who filed the petition in behalf of the government, said that “Sereno’s repeated failure to file her SALNs, and her dishonesty before the JBC are demonstrative of her obstinate refusal to comply with the law and accordingly, her utter lack of integrity.”

Sereno had asked the SC to dismiss the petition for lack of jurisdiction on the part of the High Court and for lack of merit.

Through her lawyers, Sereno pointed out the Constitutional provision which states that impeachable officials, including SC justices, may be removed from office upon impeachment by the House of Representatives and conviction by the Senate, sitting as an impeachment court.

Despite the result of the voting, Sereno still believes she won the case.

Had six of the SC justices inhibited themselves, Sereno said the High Tribunal would have voted 6 against 2 in her favor to dismiss the quo warranto case against her.

“Only eight magistrates should have voted in the quo warranto case since the six should have inhibited themselves in accordance to the rules of compulsory inhibition. So we should have won,” she said in Filipino before her supporters along Taft Avenue.

“I got removed but six wanted me to stay and showed that I was right in my stand, our stand,” she added.

Sereno had earlier sought to inhibit Tijam, De Castro, Bersamin, Jardeleza, Martires, and Peralta from participating in the case due to the bias they had shown against her. However, the six justices turned down her motions seeking their inhibitions.

Meanwhile, Sereno vowed before the public to continue the fight against injustice.

“This is not a day of defeat but victory because all have shown your resolve to be on the side of truth against those who are in power,” she told the crowd of supporters.

“While we stand for what is right, we will never be losers,” she added.

For his part, Calida lauded the SC decision to unseat Sereno.

“The Supreme Court Decision ousting Maria Lourdes Sereno augurs well for the country as it preserves the stability and integrity of the Judiciary,” he said in a statement.

“This decision is the epitome of its exercise of judicial independence,” he pointed out.

“I would like to extend my appreciation to the learned magistrates of the Supreme Court for once again upholding the primacy of the Constitution,” Calida said.

“Despite the raucous voices of those pretending to champion the Constitution, the magistrates stayed true to their oath and faithfully adhered to the rule of law,” he pointed out.

Calida likewise urged Filipinos “to continue the fight against those intending to undermine the stability and integrity, not only of the Judiciary, but also of the government as a whole.”

Malacañang appealed to the public to respect the SC decision.

In a statement, Presidential spokesman Harry Roque said that the Supreme Court knows what it is doing as it is the final arbiter of the law.

“The Supreme Court, a co-equal branch of government, is duty-bound to uphold the Constitution. The court ruling is likewise an assertion of the supremacy of the fundamental law of the land,” he added.

In a statement, Chief Presidential Legal Counsel Salvador Panelo also made the same appeal, adding that democracy works in the country.

“The Supreme Court has spoken. We all must bow to the majesty of the law. The Constitution has given the duty of interpreting the law to the highest court of the land and we must abide by it regardless of our disagreement with its ruling. That is how democracy works,” Panelo said.

Meanwhile, about 600 policemen from the Manila Police District were deployed to secure the area where pro- and anti-Sereno supporters converge, according to the Philippine National Police (PNP).

Police said the pro-Sereno groups peaked at 10 a.m. when they reached around 2,000. They include protesters from the Coalition for Justice, Millenials PH, Task Force Democracy and Human Rights, Tindig Pilipinas, Kabalikat, Magdalo, and rights leaders Father Robert Reyes, Obet Castro, and Juana Change, among others.

The anti-Sereno protesters include some members of the Philippine Judges Association, lawyer Larry Gadon, who filed the impeachment complaint against Sereno; supporters of defeated 2016 Vice Presidential candidate Ferdinand “Bongbong” Marcos Jr., and court administrator Midas Marquez, among others, police said. (With reports from Argyll B. Geducos and Martin A. Sadongdong)