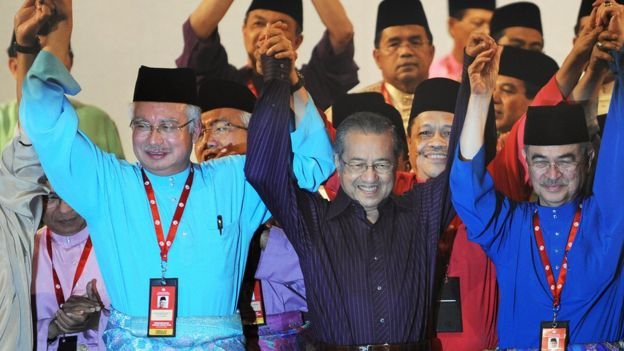 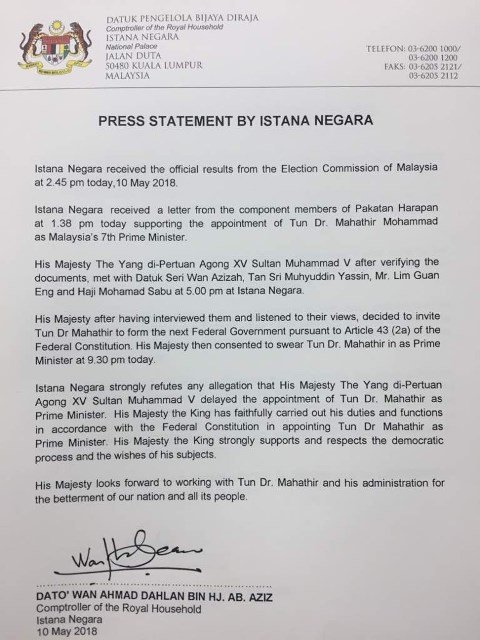 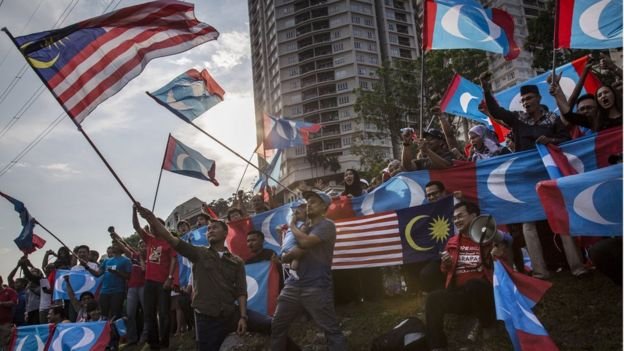 Malaysia on Thursday woke up to the prospect of a seismic shift in its politics after the general election defeat of the long-ruling Barisan Nasional coalition helmed by Prime Minister Najib Razak.

In its place, the Pakatan Harapan bloc led by former prime minister Mahathir Mohamad won a simple majority in parliament as it emerged victorious in 122 out of 222 seats, enough to form the next government.

Mahathir has been sworn in as Malaysia’s seventh prime minister.

Lawrence Loh, a governance expert at the National University of Singapore, said the immediate priority for Mahathir was to “instil, in fact, restore confidence in national governance”.

“It is clear that the accumulated misgivings over the years have tilted the balance inordinately as seen in the ballot box,” Loh said.

He added: “With the expected extreme volatility in the financial markets, achieving political stability quickly will allay the fear of unpredictable changes, especially among the international investors.”

In a press statement released before the swearing-in ceremony for Mahathir Mohamad was to begin, the National Palace refuted allegations that King Muhammad V was intentionally blocking Mahathir from being appointed premier.

“His Majesty the king strongly supports and respects the democratic process and the wishes of his subjects,” the statement said.

“His Majesty looks forward to working with Tun Dr Mahathir and his administration for the betterment of our nation and all its people,” the statement said.

Mahathir’s swearing in at 9.30pm will be broadcast live on state television. Some social media users earlier speculated that the monarch may be having second thoughts about appointing the veteran politician as the country’s next premier.

Under the constitution the king is obliged to appoint as prime minister the leader of the biggest political party or coalition following a general election.

Mahathir arrived at the National Palace at 4.40pm for a swearing-in ceremony scheduled to begin at 5pm, but as of 7.30pm, he had still not been installed as the country’s new premier. Najib remains the caretaker prime minister.

The state news agency Bernama said the ceremony was now scheduled for 9.30pm. Hundreds of supporters lined the roads leading to the palace as Mahathir arrived in a Proton vehicle – the Malaysian car company is his brainchild – with the car plate number “Proton 2020”.

In his heyday as premier, Mahathir pledged to bring the country to developed status by the year 2020.

Mahathir had been due to be sworn in as Malaysia’s seventh prime minister at Istana Negara – the seat of the country’s constitutional monarch, King Muhammad V, at 5pm.

Mahathir takes the mantle of power once again 37 years after he was sworn in as the country’s fourth prime minister on July 16, 1981.