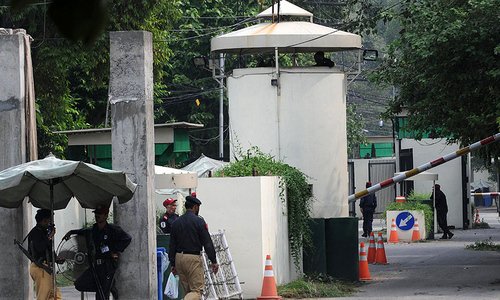 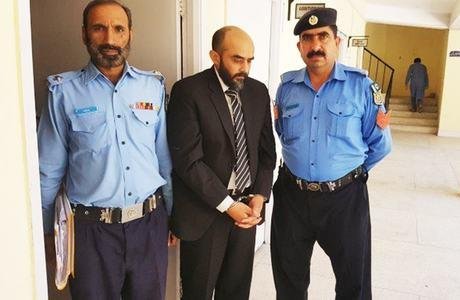 A ministry notification issued to the US Embassy in Islamabad yesterday stated that the reciprocal measures would come into effect immediately after US restrictions are implemented.

The measures include travel restrictions, as well as treating US diplomatic cargo at Pakistani airports and ports in accordance with Vienna Convention’s Article 27 “which does not provide for an exemption from scanning”.

Rules governing interaction between foreign diplomats and Pakistani officials, which were already communicated to the embassy, would also take effect, the notification said.

US diplomats in Pakistan are already prohibited from visiting high-security areas, such as the Federally Administered Tribal Areas (Fata), to protect them against possible terrorist attacks.

The embassy will now also have to seek no objection certificates from the ministry to install radio communication at residences and safe houses, and while renting property or moving from one property to another.

The embassy will also be unable to use tinted windows on official vehicles as well as rented vehicles, or use SIMs that are not biometrically verified or registered.

US President Donald Trump’s administration’s travel regime forces Pakistani diplomats to stay within 25 miles of the city they are posted at, further straining already tense relations between the two countries who were once close allies in the war against terror.

The restrictions were earlier scheduled to come to effect on May 1, but were deferred until today by the US.

Pakistani diplomats, in private conversation, earlier pointed out that the US-Pakistan relationship was not as bad as the restrictions would indicate.

Despite recent tensions, Pakistan and the US still cooperate in a number of important areas, including defence, and the embassy wants this cooperation to continue. “The relationship is far, far better than such a step (imposing restriction) would suggest,” said a US observer.

Couple of days earlier in Capital Islamabad, Chief Security Officer (CSO) of the US embassy was arrested for alleged abetment in a crime and assaulting and harassing the police.

The Kohsar police arrested the suspect from the parking area of the district and sessions court Islamabad, an official told Dawn. He had allegedly threatened and assaulted the police officials besides trying to help a US diplomat escape from police custody after a fatal traffic accident.

On April 8, US Defence and Air Attaché Col Joseph Emanuel jumped the red light on Margalla Road and hit two young men riding a motorcycle. One of them died and his pillion rider was injured.