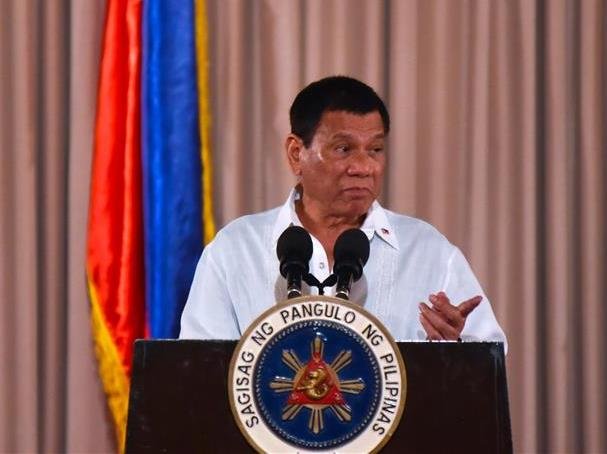 President Rodrigo Duterte has scrapped peace talks with communist rebels after they allegedly conducted a series of attacks on security forces.

“Let us renew the fighting for another 50 years. It’s what you want,” Duterte was quoted as saying by the Rappler, a Philippines based news agency at Davos City investment forum on Friday.

The backchannel talks between the government and Communist Party of Philippines (CPP) were supposed to resume within the next few days.

Previously, the talks were suspended in May after the president imposed martial law in the southern island of Mindanao following the siege laid by the Daesh-linked Maute group in Marawi City.

On Thursday, the president visited the Marawi City and told soldiers that New People’s Army (NPA), armed wing of the CPP, would be their next target.

“They owe us a lot. I no longer want to talk to them. They have killed many of my troops,” Duterte told soldiers.

His announcement came after five members of his Presidential Security Group (PSG) were wounded in an attack claimed by the NPA in North Cotabato province Wednesday.

Also, police chief of Guihulngan city in Negros Oriental province and four others were killed, in an attack allegedly staged by suspected communist rebels Friday.

According to a report by inquirer, the policemen responded to a call from a provincial board member, who claimed that armed men tried to ambush him and his driver.

The rebels attacked the responding policemen and a firefight ensued between them.

Moreover, in the past three days, at least two soldiers and a policeman were killed in different attacks claimed by the NPA.

In a statement issued Tuesday, the CPP had ordered its armed wing to carry out armed counteractions and offensives across the country as a reaction to the proposed extension of martial law.

The island of Mindanao was placed under a 60-day martial law on May 23 and is set to lapse on Saturday.