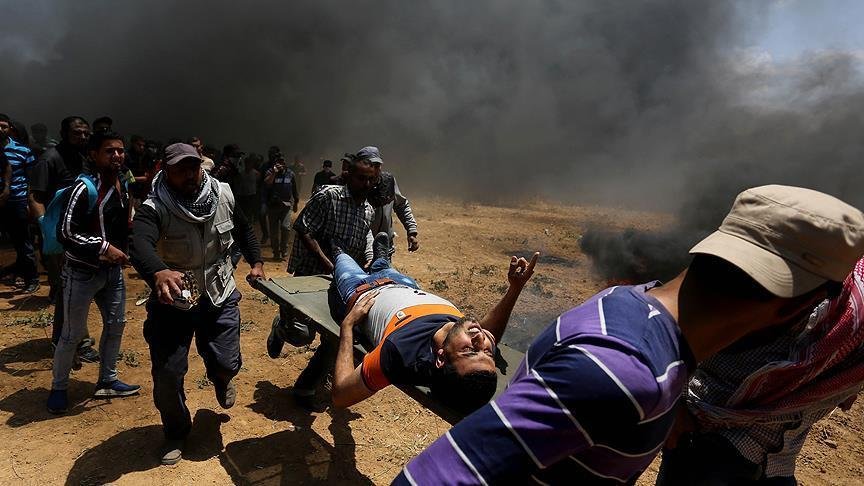 Al-Malki has submitted a so-called “referral” to the Office of the ICC Prosecutor in The Hague to start an investigation into “Israel’s settlements and war crimes in the Palestinian territories”, according to a statement by the Palestinian Foreign Ministry.

“The Palestinian referral seeks an investigation into Israeli crimes in the West Bank, Gaza Strip and East Jerusalem since 1967,” al-Malki told a press conference in The Hague.

He said Palestine has taken the step to go to the ICC following Israel’s crimes against the Palestinians in Gaza during anti-occupation rallies.

Since March 30, more than 110 Palestinians have been martyred and thousands injured by Israeli gunfire during the rallies along border of the Gaza Strip.

“The request is an important test of the accountability of the court to bring the overdue justice to the Palestinian people,” al-Malki said.

Israel, meanwhile, described the Palestinian request to the ICC as a “cynical process without legal validity.”

“The Palestinians continue to exploit the Court for political purposes, rather than work towards resuming the peace process with Israel,” the Israeli Foreign Ministry said in a statement.

“The purported Palestinian referral is legally invalid, and the ICC lacks jurisdiction over the Israeli-Palestinian issue, since Israel is not a member of the Court and because the Palestinian Authority is not a state,” it added.

In late December, 2014, Palestinian President Mahmoud Abbas signed the Rome convention and appendixes related to the ICC, which accepted the Palestinian request to become one of its members in April 2015.

Since 2015, the ICC has been conducting a preliminary investigation into alleged Israeli war crimes in the Palestinian territories, including its settlement activity and crimes committed during Israel’s war on the Gaza Strip in 2014.