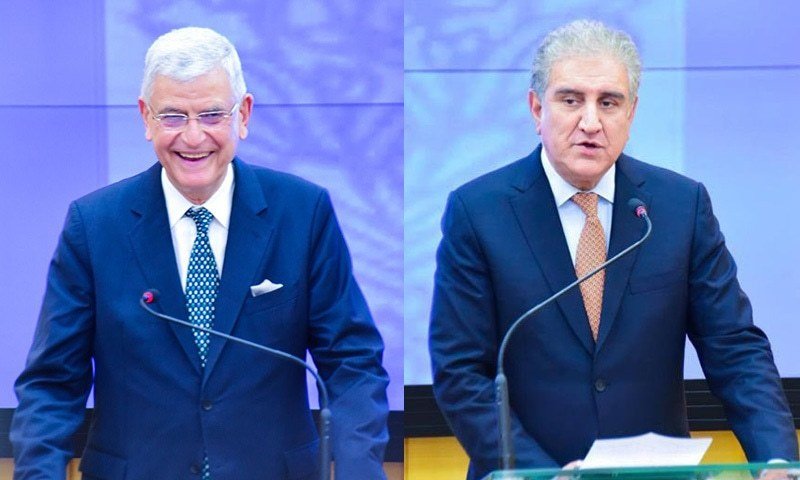 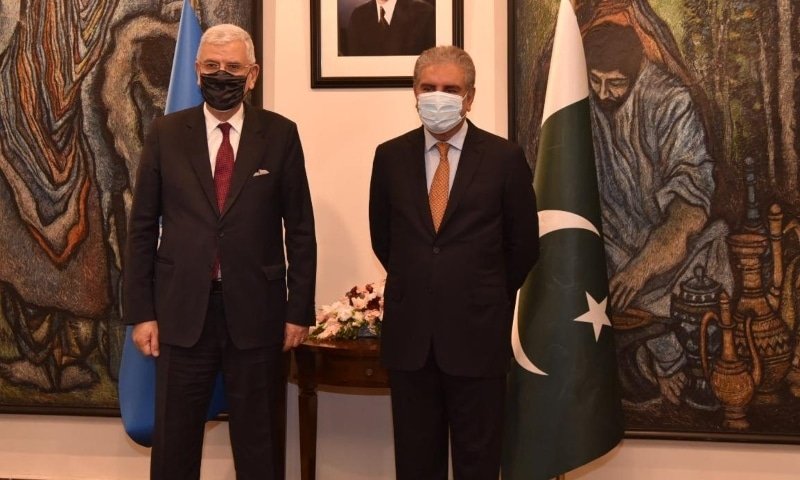 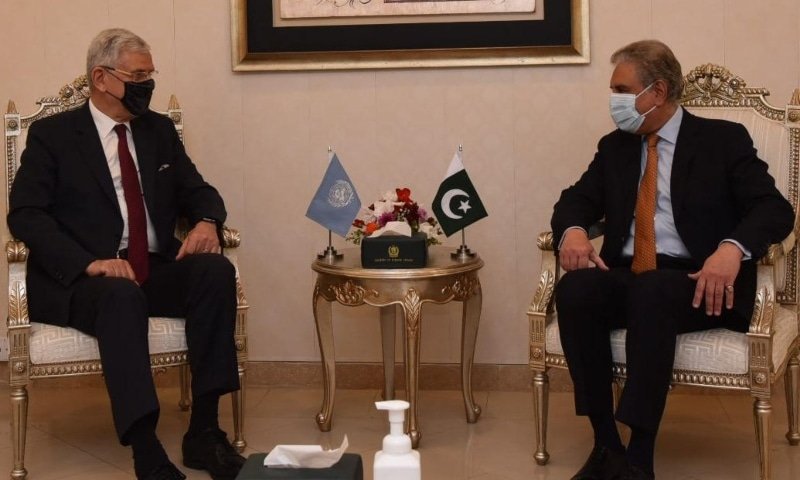 United Nations General Assembly (UNGA) President Volkan Bozkir said on Thursday that it was Pakistan’s duty to bring the issue of the Jammu and Kashmir dispute to the United Nations platform with more vigour.

Addressing a press conference in Islamabad along with Foreign Minister Shah Mahmood Qureshi after their meeting today, the UNGA president lamented what he said was a lack of large political will for the resolution of the Kashmir dispute compared to the Palestinian issue which had more will behind it.

“I think it is the duty, especially Pakistan’s, to bring this [issue] to the United Nation platform more strongly,” said Bozkir, adding that he agreed that the Palestinian issue and the Kashmir issue were of the same age.

He called on all parties to refrain from changing the status of Jammu and Kashmir and said a solution was to be found through peaceful means in accordance with the UN charter and UN Security Council (UNSC) resolutions as agreed in the Simla Agreement between Pakistan and India.