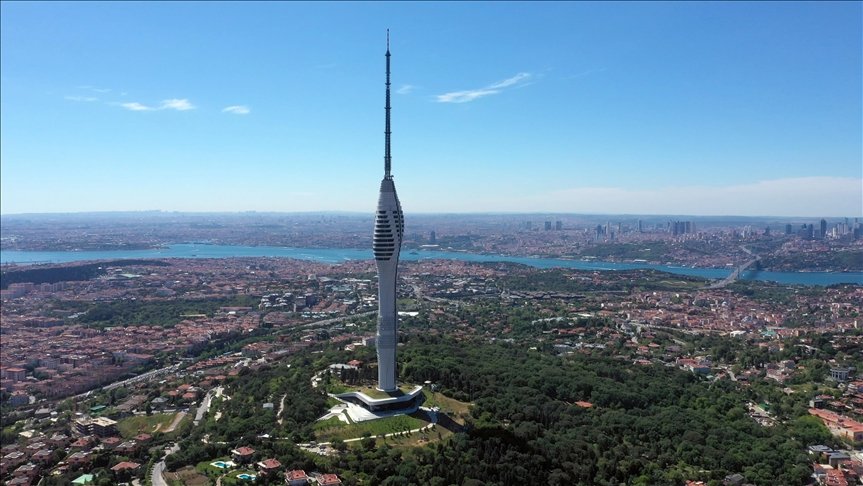 Turkey is set to open a brand new radio spire on one of the highest hills towering over the metropolis Istanbul on Saturday.

The Camlica TV Radio Tower replaced most of the previous steel communication towers critics said were an eyesore on the city’s skyline and had harmful electromagnetic effects on human health.

Situated in the coastal Uskudar district on the city’s Asian side, the Camlica Tower features observation decks and restaurants for visitors.

“Thanks to the Camlica Tower, our country has broken new ground in the field of broadcasting. For the first time in the world, 100 FM radio broadcasts can be aired from a communication tower at the same time,” said Transport and Infrastructure Minister Adil Karaismailoglu.

Stating that Istanbul residents have lived under the shadow of streel antennae for years, Karaismailogu underlined the government’s success in constructing the tower.​​​​​​​