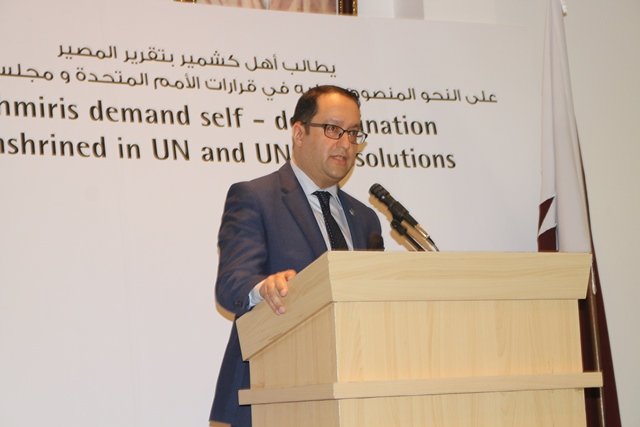 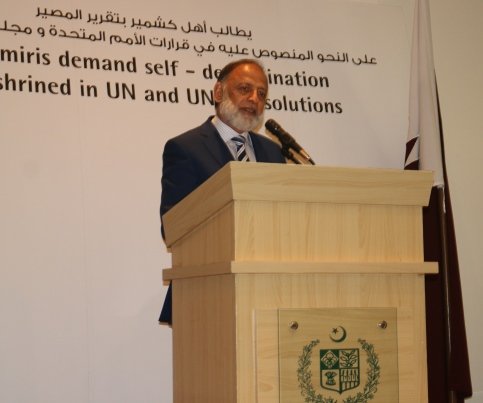 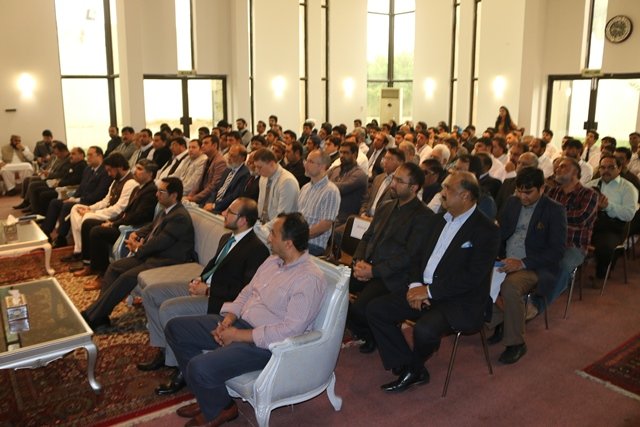 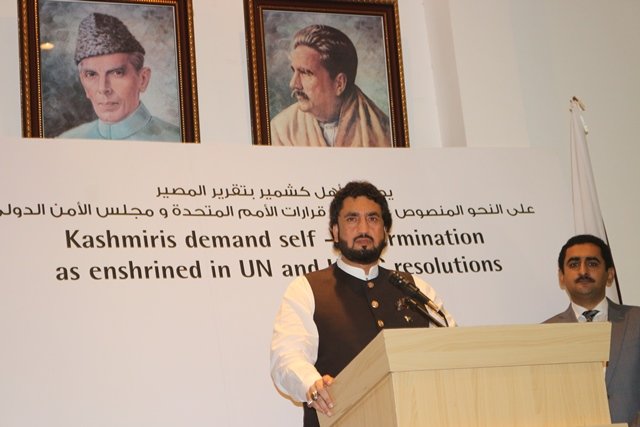 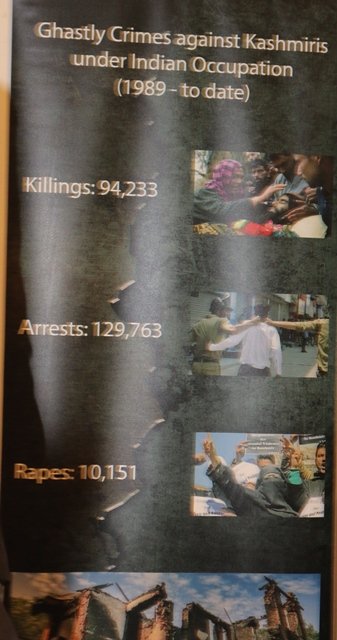 Pakistan’s State Minister of Interior, Shaharyar Khan Afridi reaffirmed Pakistan’s government full support to Kashmiri brothers in their struggle for self determination as per UN Resolutions.

Afridi is on visit to State of Qatar to attend 13th Milipol Conference & Exhibition. He was addressing  to a large gathering of Pakistanis including Kashmiri community members at Pakistan embassy premises gathered to mark Kashmir Black Day and to show their solidarity with the people of Indian Held Kashmir.  71 years before, just only 2 months and 13 days after creation of Pakistan as a new country on world’s map, Indian forces landed at Sri Nagar  airport on 27 October 1947 and occupied a portion of Kashmir region. Then Indian leadership took the case to UN Security Council for ceasefire where it promised to hold plebiscite for people of Kashmir to decide to stay with India or as part of Pakistan. However, India later start denying the right of self determination to Kashmiri people. Tens of thousands of Kashmiris have been killed by Indian land forces, thousands of ladies are raped, their houses has been demolished and thousands are kept in jails.

Afridi stressed on proactive diplomatic initiatives in regards to highlight Kashmir issue. On the silence and being world body as  spectator on the worst atrocities being committed by Indian forces on innocent Kashmiris, he regarded as highly pathetic. Afridi said on one side world is talking about human rights, women rights so much so of animal rights, on other side Indian held Kashmir is bleeding and suffering and the world is silent.

Third Secretary, Pakistan embassy Sarwar Hussain Sher conducted the program organised by Pakistan embassy on Saturday. He read special messages from President and Prime Minister of Pakistan on the occasion. Both the Pakistani leaders stressed on world body to act on UN Security Council Resolutions on Kashmir. They expressed their full moral, political and diplomatic support to Kashmiris in Indian Held Kashmir on their struggle for the right of self determination.

Murad Baseer, Charge d’ Affairs of Pakistan stressed on Pakistan’s stance on Kashmir issue through self-determination.  He said that Pakistan will provide full support through political and diplomatic ways.

Among other speakers included Prof Dr. Farhan Chak, Mohammad Khan, renowned Pakistani businessman, President Pak-Kashmir Welfare Council and Rama Anwar Ali, Chairman,  Sohni Dharti, AlKhor Community, a Pakistani vibrant socio-cultural forum.  Speakers stressed on Pakistani leadership not to depend on few forums or countries like US and few other capitals of European countries, but to raise the issue on various forums in different regions of the world.

Speakers paid their homage on the sacrifices in Indian held Kashmir and assured that their sacrifices will bear its fruits.

On the occasion, a documentary was also shown witnessing atrocities on Kashmiris by the  Indian forces.