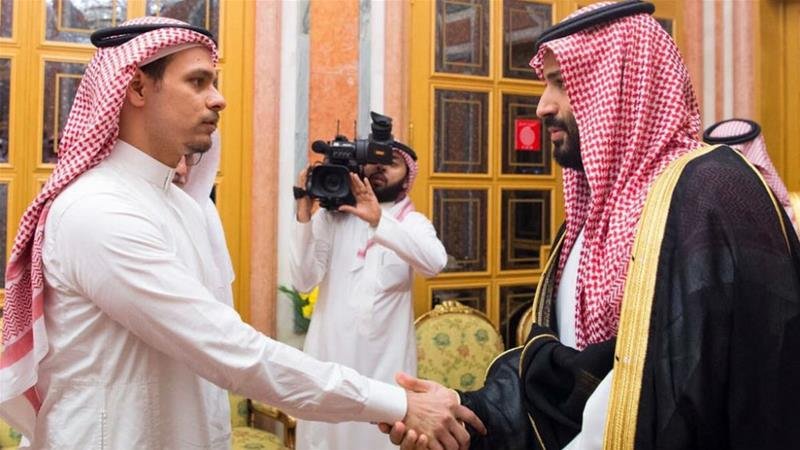 It is also reported by media that Salah Khashoggi is on Exit Control List, a ban on travelling outside the country.

Crown Prince of Saudi Arabia Mohammed bin Salman is believed generally involved directly in killing  has come under mounting international pressure with critics suspecting he ordered the high-profile assassination, or at least knew about it.

AlJazeera News reported Crown Prince bin Salman has come under mounting international pressure with critics suspecting he ordered the high-profile assassination, or at least knew about it.

“They brought him to the royal court to accept condolences. The look on his face. This photo makes me want to scream and throw up,” wrote Manal al-Sharif, author of Daring to Drive: a Saudi Woman’s Awakening.

Chris Doyle, from the Council of Arab-British Understanding, told Al Jazeera the meeting between Khashoggi’s family members and the Saudi leadership was designed to help its reputation, but the reaction on social media indicates it was yet another communications failure surrounding the murder.

“They were seen being generous towards the family, but we see an image here that speaks 1,000 words. Really it tells such a story of the pain of Salah, Jamal Khashoggi’s son, in meeting King Salman – and particularly the crown prince,” said Doyle.