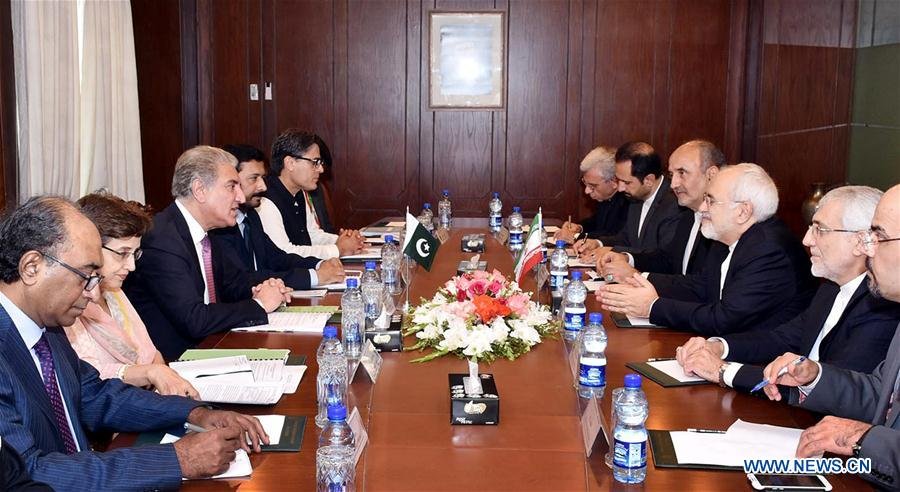 Pakistan on Friday expressed its support to Iran on the international nuclear deal related to the Iranian nuclear issue during talks between foreign ministers of the two countries, the Foreign Ministry said.

Detailed discussions were held on regional and global issues including the situation in Afghanistan and the U.S. decision to unilaterally withdraw from the Joint Comprehensive Plan of Action (JCPOA) signed in 2015, said ministry said in a statement.

“As regards JCPOA, while supporting Iran’s principled stance, Qureshi expressed the hope that remaining parties to the Agreement would uphold their commitments in letter and spirit,” it said.

“This was important given International Atomic Energy Agency repeated verification that Iran has strictly adhered to the terms of agreement,” the statement added, saying Qureshi told his Iranian counterpart that “Pakistan stands with Iran in this hour of need.”

U.S. President Donald Trump announced in May his country’s withdrawal from the nuclear deal that triggered criticism by the United Nations and several countries.

During their talks, the two ministers also underlined the need to promote bilateral relations in all areas of cooperation and agreed to host next rounds of Bilateral Political Consultations and the Joint Economic Commission at early dates, according to the Foreign Ministry.

“As land bridges between economically resource-rich regions, together with other regional partners, Pakistan and Iran remained the key to growth and prosperity in the region through enhancing connectivity and promoting people-to-people linkages,” Imran Khan told Zarif.

Imran Khan also said that during his tenure, Pakistan would make all efforts to cement these relations in various areas to the benefit of both countries.