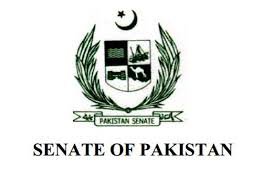 THE dust raised by the Senate elections will take time to settle. The election of a member from Balochistan as the Senate chairman would have been considered a step towards democratic development if the maneuvering that preceded it had been above board. But as the sun went down last Monday, Pakistan’s efforts to develop into a democratic state suffered reverses on five counts.

First, the threat that the Senate could play a vanguard role in the consolidation of democratic norms was warded off. The sequence of events that began with the change of government in Balochistan concluded with the passage of the Senate into the establishment’s ward.

The country was denied the possibility of having a Senate chairman who enjoyed the trust of both the treasury benches and the principal opposition group, an opportunity any democratic country should have welcomed. The reasons Mr Zardari offered for ditching Mina Raza Rabbani, as an afterthought deceived no one. The beans had been spilled earlier by Shaikh Rashid when he said that Raza Rabbani’s election again as the Senate chairman would cause a clash between important institutions. What he had indicated was his or somebody else’s desire to strengthen a particular institution’s hegemony over all organs of the state.

Things might not turn out the way they appear to have been ordered and the members of the Senate may accept the challenge of strengthening democratic values, but at the moment the Senate seems to have been neutralised in favour of the establishment.

All hopes that the Senate could strengthen the democratic project are dissipating.

Second, Mr Zardari has dealt the PPP a grievous blow. What persuaded him to throw away the chance of having his party member in the Senate chairman’s seat may not be impossible to fathom. If he thinks he has saved his skin forever, he could be disillusioned sooner rather than later. The last JIT has not yet been formed. It is perhaps time for him, in deference to the memory of Zulfikar Ali Bhutto and Benazir Bhutto, to hand over the reins of the party to his children and workers with cleaner hands. They may still be able to save the party from passing into history over the next few years.

That the decline of the PPP is a matter of national concern can easily be pointed out. The political landscape is dominated by the right and extreme right. The disappearance of the PPP even as a nominally left-of-centre party and the elimination of any difference between it and right-of-centre parties will make the state even more vulnerable to pressure from the extreme right than it already is. This will reduce the state’s ability to meet the challenge of religious extremism and undermine its capacity to evolve a rational policy towards the nations of the world, especially Iran, India, the US and Afghanistan.

Thirdly, the PML-N was again found wanting in strategic planning required to meet the call of the moment. It should have known from the very beginning of the process to elect new senators that its nominee for the chairmanship of the upper house had no chance of winning. The steps taken to queer the pitch for the Senate elections were not going to be wasted by allowing a PML-N party member to fill the chairman’s slot.

It was perhaps not a good idea to choose Raja Zafarul Haq for the sacrifice. The days when he could be the opening batsman for his side are over.

To contest an election against the Asif Zardari-Imran Khan axis, somebody from Balochistan might have made a little more sense. Even better would have been withdrawal from the electoral contest. The speech Mir Hasil Bizenjo made after the election process was over would have served as an explanation for the boycott. The PML-N’s disregard for real political work will darken democracy’s prospects.

Fourthly, the possibility of using the Senate elections to educate the people in the role of the upper house in the country’s affairs, especially in promoting a democratic dispensation, was ignored by all the parties concerned as if they had a compact not to let the people know how important the Senate’s democratic role is. Everyone who mattered was counting the horses that needed to be protected against the horse-traders’ designs. There was no discussion on the pros and cons of the proposal to have direct elections to the Senate, nor on any means to improve its role in maintaining discipline in the state’s financial affairs. It seems engaging the people in a discourse on the part the Senate can and should play in strengthening the federal system was not on any party’s agenda.

Fifthly, what impact will Mr Sadiq Sanjrani’s election as Senate chairman have on Balochistan’s politics?

The state has a long history of co-opting into the power structure notable figures from Balochistan — from Jam Ghulam Qadir and Nawab Akbar Bugti to the federal ministers and chief ministers in recent times — but these persons have almost invariably been used to serve the centre’s interest and not Balochistan’s cause. One should like to hope Mr Sanjrani is an exception, but as matters stand, Balochistan is likely to be more closely controlled by the federal agencies than has been the case hitherto.

No elected government of Balochistan has been allowed to exercise its constitutional authority in the key areas of governance such as the need to settle matters with the nationalist elements or putting an end to enforced disappearances or allowing the province the right to manage its resources. If this situation does not change soon Balochistan’s crisis may become more insoluble than ever.

The shadows of authoritarianism are becoming longer and longer and it may be necessary to use the coming general election to mobilise the people for yet another movement for the restoration of democracy.