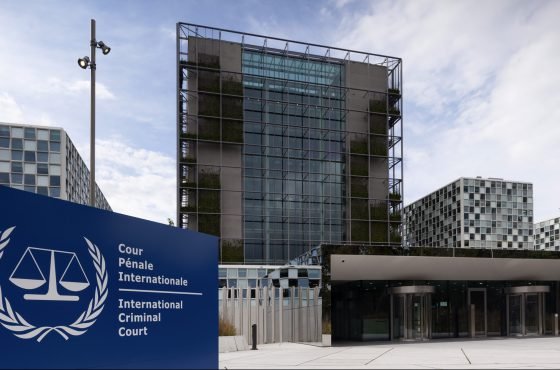 The Philippines said on Friday it had given official notice to exit the treaty that created the International Criminal Court, which is examining President Rodrigo Duterte’s deadly drug war.

The move comes days after Duterte announced his nation would quit the court over its preliminary inquiry launched last month into allegations his crackdown on narcotics amounts to crimes against humanity.

Philippine police say they have killed roughly 4,000 suspects who fought back during arrest, but rights groups say the actual number is three times higher and accuse the authorities of murder.

On Thursday the Philippines said in a letter to the United Nations, which oversaw negotiations to found the court, that it was pulling out of the Rome Statute.

“The decision to withdraw is the Philippines’ principled stand against those who would politicize and weaponize human rights,” the letter said.

Foreign Secretary Alan Peter Cayetano, speaking from Manila, said the Philippines was quitting due to “the well-orchestrated campaign to mislead the international community, to crucify President Duterte… by distorting the human rights situation in the country”.

Officially quitting the court requires a year’s notice and experts say pulling out does not preclude an investigation of the killings, which have drawn international concern.

The Philippines said in its letter that it “affirms its committment to fight against impunity for atrocity crimes,” despite its withdrawal.

He has also previously declared that the ICC would never have jurisdiction over him.

Opened in 2002, the ICC is the world’s only permanent war crimes court and aims to prosecute the worst abuses when national courts are unable or unwilling.

The Philippines, under previous President Benigno Aquino, ratified in 2011 the Rome Statute which underpins the ICC, giving the tribunal authority to investigate crimes on its soil.

Duterte, who is buoyed by high popularity ratings at home, has fiercely defended the drug war as a battle to bring safety to the nation’s 100 million people.