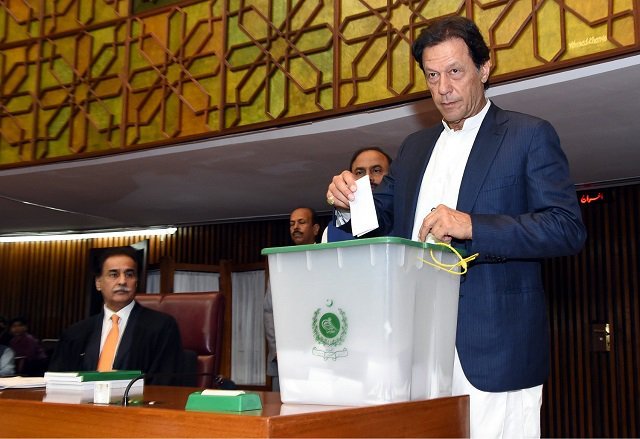 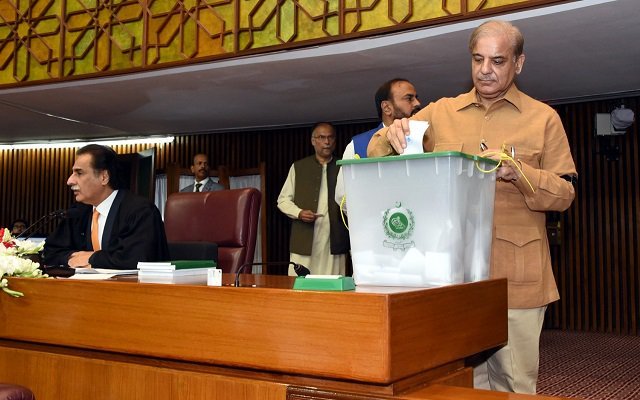 Pakistan Tehreek-e-Insaf nominee Asad Qaiser was elected as the speaker of the National Assembly after a one-on-one contest against opposition candidate Syed Khursheed Shah on Wednesday.

Newly-elected speaker Qaiser presided over the session and administered the oath to his deputy.

Qaiser bagged 176 votes while Shah bagged 146 votes. Outgoing Speaker Sardar Ayaz Sadiq announced the winner. “In the future, I would desire to see work that would benefit Pakistan. Out of a total 330 votes, 322 were deemed valid and eight were rejected,” said Sadiq.

On the other hand, Suri bagged 183 votes out of the total 327. Muttahida Majlis-e-Amal’s (MMA) Mehmood managed to secure 144 votes.

Suri thanked party chief Imran Khan for his support in his victory speech. The newly-elected deputy speaker, who belongs to Balochistan, said there is a dearth of basic infrastructure facilities in the province.

“Balochistan has seen one of the worst periods of violence before the general elections,” he added. Suri said he would try to bring all political actors on board during his term at the lower house.

He expressed desire to fight for the rights of people of Balochistan, as well as, restoration of peace in the province. Suri vowed to remain impartial while performing his duties as deputy speaker in the house.

PML-N president Shehbaz Sharif arrived to vote in the Lower House after attending his elder brother Nawaz Sharif’s hearing at the accountability court. Wearing a black armband, the PML-N president said he is protesting ‘rigging’ in the recently held national elections.

“We are wearing black armbands to protest against the rigged elections. The caretaker government was also involved with the rigging. We haven’t come to the assemblies to support these rigged elections, but to expose it,” Shehbaz said. “Imran Khan demanded four constituencies to be opened in the last elections, and they were all entertained. But after the SC verdict of this year, the situation has become very clear.”

Former foreign minister Khawaja Asif said, “We will vote for Shah as the speaker. Casting vote is our right.”

Today’s election will be the first test case for the PTI, which apparently could arrange the required numbers by soliciting support of its smaller allied partners in favour of its nominees.

But political analysts believe that the PTI is unlikely to face any major setback at the hands of the joint opposition after differences reportedly emerged between the PPP and the Pakistan Muslim League-Nawaz (PML-N) over nomination of PML-N President Shehbaz Sharif for slot of the premier. However, Khan’s party is now more worried about internal bickering with its smaller allied partners.

The election will be held through secret ballot, which makes it convenient for parliamentarians to indulge in horse-trading and for that very reason the PTI has already expressed its reservations over alleged attempts of the opposition to lure loyalties of some of its MNAs ahead of the election.