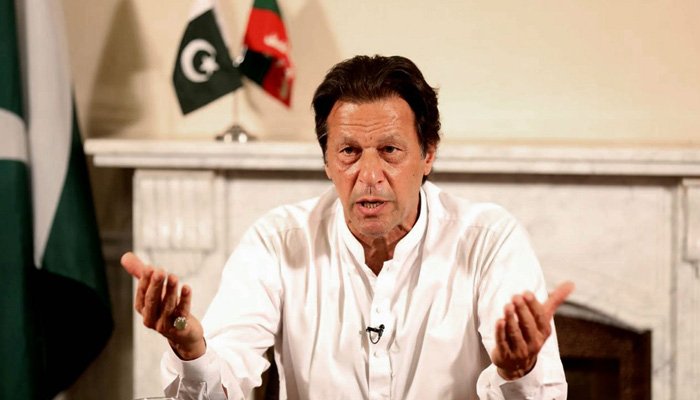 Pakistan Tehreek-e-Insaf (PTI) Chairman Imran Khan has officially been named as the candidate for the office of the prime minister by the PTI’s MNAs-elect in a meeting held here on Monday.

Shah Mehmood Qureshi, who is party’s Senior Vice President, moved the resolution nominating Imran Khan as party’s candidate for the country’s top office, which was accepted by the members.

The party claims to have the support of 177 legislators, as it has already done its homework and struck deals with some political parties in addition to roping in at least nine independents out of the total of 13.

PTI Chairman and prime minister-in-waiting Imran has already desired to have a smaller cabinet and will be observing austerity along with his cabinet in view of the grim national economic situation.

Choice ministerial portfolios and the coveted seats of Punjab and Khyber Pakhtunkhwa chief ministers have kept the media guessing, as there are more than two candidates for the key federal cabinet posts and chief ministerial slots.

PTI Information Secretary Fawad Chaudhry claims his party is now in a position [in terms of number game] to form the federal government. “The PTI’s seat tally in the National Assembly currently stands at 125 after the inclusion of independents,” Fawad said.

Whereas the PTI allies and reserved seats will take its tally of seats to 174. Moreover, after the promised support of Balochistan National Party-Mengal (BNP-M), the party will have 177 seats in the legislature. The PTI surfaced as the single largest party with 116 MNAs-elect following the July 25 general election.

On the other hand, the joint opposition has also announced that they will field their own candidates for the prime minister, speaker and deputy speaker. The Election Commission of Pakistan (ECP) will notify the successful candidates on August 7 after which the independents will have three days to decide about their political affiliation.

Following this, the successful candidates for reserved seats will be notified on August 11. The president and governors will decide the dates of summoning the National Assembly and the provincial assemblies after completion of this exercise.